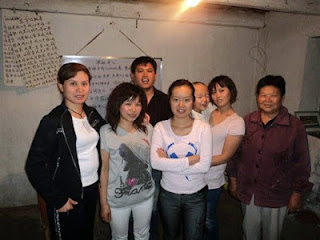 (Yining, Xinjiang—Feb. 8, 2017) Authorities in China’s western Xinjiang Uyghur Autonomous Region have detained hundreds of Muslim and Christian citizens throughout the region in “vocational training centers” as part of an anti-terrorism initiative.

The majority of those detained are Uyghurs, a traditionally-Muslim minority ethnic group in Xinjiang, though Kazakh Muslims have also been targeted, as well as converts to Christianity from Islam from these groups.

According to the Chinese Communist Party, the purpose of the facilities are to fight “religious extremism” and combat terrorism. The Party, however, often cites harmless expressions of Islamic faith, such as women wearing head coverings, giving children Islamic names, or men growing beards as proof of “extremism,” and bans these activities in many areas of Xinjiang.

Additionally, though the detentions are religiously motivated, the targeting is ethnically based, which means that Uyghur converts to other faiths, such as Christianity, are also affected.

Citizens held in these locations, which are referred to as “Vocational Skill Training Centers” or “Political Studying Centers” by the Communist Party, are not allowed to leave or contact their family members. Detainees can be held anywhere from one month to upwards of six, during which time they are forced to learn official communist ideals and declare loyalty to the Chinese Communist Party above all else.

Families are often separated as parents are taken away for months at a time.

A Christian woman, who married into a Muslim-background family, told reporters that her husband was taken away. “I do not know where my husband is,” she said, “but I believe God still uses him in these jails or camps. Sometimes I fear he does not have enough clothing to stay warm in jail.”

Another woman said that after her husband was taken away to undergo “re-education,” authorities began watching her children more closely, too.

According to locals in the area, the families of many of those taken have also been extorted for money by the local authorities. Upon release, a prisoner’s family members may be forced to pay an equivalent of anywhere from a thousand to tens of thousands of U.S. dollars in Chinese yuan.

ChinaAid advocates for the religious freedom and rights of citizens of all faiths in China, and exposes abuses, like those enacted against Christian and Muslim citizens in Xinjiang, committed by the Chinese Communist Party.