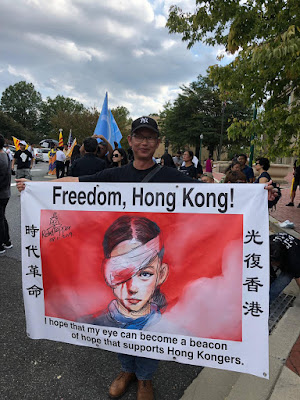 Morey posted a tweet in support of Hong Kong protesters on Friday. In response, China Central Television (CCTV) ended all coverage of the NBA’s games. The China Basketball Association also suspended its relationship with the team.

Hong Kong’s protests started when the region introduced a bill that would have allowed China to bring residents to the mainland for trial. Police then clashed with the people. More than 2,300 protesters have been arrested, with the youngest just 12 years old.

Instead of supporting Hong Kong’s right to free speech, China sent troops to the border and has characterized the protests as riots.

The NBA has said it supports Morey’s right to free speech but does not wish to offend China.

The NBA’s presence in China is worth billions of dollars, according to Bloomberg. Forbes states that 640 million Chinese watch the basketball league’s games.

“This is an example of China using its power to interfere with American free speech,” ChinaAid President Bob Fu said. “We must never allow China to buy our freedom of speech. China, don’t mess with Texas!”