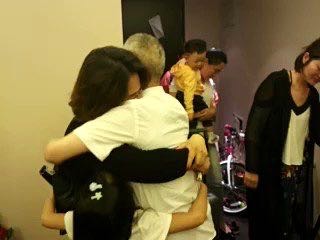 (Beijing—Dec. 10, 2019) Today, China hosted the second day of the Global Lawyer’s Forum, drawing criticism from those concerned with its treatment of attorneys.

Chinese politician Fu Zhenghua touted the forum as “an opportunity for China to draw on global experience in developing the rule of law.”

However, China often violates its own laws, targeting attorneys for representing those the state wishes to prosecute at all costs. Even as the forum commenced, the spouse of an imprisoned human rights lawyer was placed under house arrest.

Another example of China’s treatment of rights lawyers is Gao Zhisheng. Gao, who has dedicated decades of his life to defending the rights of people suppressed by the government, has been repeatedly thrown in jail. He suffered several kidnappings at the hands of the government, as well as torture sessions.

When he was released in August 2014, he was in desperate need of medical and dental care, but authorities would not allow him to see a doctor. Instead, they kept him under house arrest.

For three years, he was closely watched, during which time he secretly penned Unwavering Convictions. ChinaAid smuggled the book out of the country, and it was published in English by the American Bar Association and the Carolina Academic Press.

It can be purchased here.

Gao again went missing in August 2017, when two supporters sneaked him out and took him to a neighboring province. There, authorities found the group and re-arrested Gao.

He has not been heard from since.

Gao’s wife, Geng He, and children fled China to America in 2009 with the help of ChinaAid.

Infuriated that the same country who jailed and abused her husband would hold a human rights forum, Geng wrote an open letter. In the piece, she described China’s treatment of its own lawyers. She also urged the legal professionals attending the forum to stand up for rights in China and pressure the Chinese government to reveal her husband’s location.

Her letter can be read in full below.
—
Open Letter to the Global Lawyers Forum
Please help search for Gao Zhisheng, your colleague. Where is he?

Greetings to the representatives of each country who attend the “Global Lawyers Forum” hosted by China:

My name is Geng He. I am the wife of Gao Zhisheng, a Chinese human rights lawyer who has been forcibly missing for 844 days.

I felt that it was very ridiculous when I learned that China would host the Global Lawyers Forum on Dec.10, Human Rights Day. China is a country whose government can arbitrarily revoke lawyers’ licenses, arrest lawyers without excuse, and cause lawyers to disappear in broad daylight. How shameless it is for them to host the Global Lawyers Forum! It is like that World Internet Conference that was held in China, whose government makes every effort to block the internet! [Under these prerequisites], it would be appropriate even if North Korea would host it! Appallingly and ridiculously, the president of International Bar Association, lawyers representing many western liberal and democratic countries, and so on will attend the conference in China!

If you use the conference as a stage and speak up and advocate for your colleagues who have been persecuted in China, Chinese lawyers and people would be grateful to you all. In China, lawyers cannot even protect their own human and professional rights, let alone defend their clients. As the wife of a renowned Chinese lawyer who has disappeared, as a mom of two kids, I would like to ask the prominent attorneys and judges who attend the Global Lawyers Forum in China to use the platform to speak up for Gao Zhisheng—the human rights lawyer, my husband, and your colleague—if you aim to reach the goal stated by the IBA: “the strong should face justice, and the weak should be protected.” He is arrested by the Chinese government for defending the weak and fulfilling a lawyer’s responsibilities. He was put on a five-year probation after completing a three-year imprisonment, he suffered torture and had a close call, and to date, he has been forcibly missing for 844 days. Nobody knows whether he is alive or dead!

Gao Zhisheng had been under house arrest in his oldest brother’s place, located in a remote village in northern Shaanxi, since being released in August 2014. He was prohibited from visiting a hospital and doctor in a nearby city, when only a few teeth remained due to the torture. Gao Zhisheng still penned a large number of articles for victims whose human rights had been violated and published two books while under the circumstance of restricted freedom. Among the publications, more than eight are about the 709 crackdown [Editor’s note: This refers to a nationwide mass arrest of human rights lawyers that began on July 9, 2015] and to help get justice for the lawyers. For instance, “The Possible Fate of Lawyer Wang Quanzhang,” “The 2nd Anniversary of the 709 Crackdown,” “The Hell Behind Guo Feixiong’s Wish,” the “China 2016 Human Rights Report,” etc. The two books are 2017 Stand Up, China [Editor’s note: This book was smuggled out of China by ChinaAid and published in English by the Carolina Academic Press and the American Bar Association. Its English title is Unwavering Convictions, and it is available for purchase here] and The Draft Constitution of the Chinese Federal Republic and Constitutional Ideology.

The kids and I lost contact with Gao Zhisheng on Aug. 13, 2017, and all family and friends couldn’t find him. In the past 844 days, we have been constantly questioning, searching, querying, and asking around, but the Chinese Communist Party [CCP] officials have not given us any explanations or updates.

You are obligated to question China’s government, which invited you to the conference: Is Lawyer Gao Zhisheng alive? Where is he detained? You should strongly require the CCP authorities to release my husband, Gao Zhisheng, in accordance with the goal that “the strong should face justice and the weak should be protected!”

In the meantime, CCP authorities should be required to release the innocent Jiang Tianyong, Yu Wensheng, Wang Quanzhang, and other Chinese lawyers who are detained, disappeared, and barred from being visited by their family.

What brings you to China if you do not do what you are supposed to do? To enjoy the flight, hotel, and luxurious tour provided by the CCP dictatorial government? To laud the CCP’s hypocritical attorney and legal systems? Or to let the CCP use your fame and social status to promote the greatness, glory, and correctness of CCP’s rule overseas?

Gao Zhisheng, my husband, said before, “In a long-term, unjust society, the regime always uses violence to oppress people who pursue justice, which ultimately results in savage protest. This is why thousands of people protest violence and the pattern of the authoritarian system every year in China. Regardless of the form, every protest against violence demonstrates the human nature of pursuing freedom and serves as the dynamic that keeps the nation rolling and growing. The attention and tangible support of each individual of the international justice force substantially gives the nation visible hope and faith.”

Nevertheless, if you attended the absurd “Global Lawyers Forum” in China—which is an effort to gild the authoritarian government which persecutes their own people cruelly—you would be obliterating and offsetting “the attention and tangible support of each individual of the global justice force” and destroying “the visible hope and faith of the nation!” You would be helping a tyrant to do evil!

Fighting for human rights and freedom is human nature, which is everlasting. Give me liberty, or give me death! This is the great value that makes Gao Zhisheng and people like him stand all and persevere in tough settings and keeps the global justice force standing in solidarity with the Chinese people who fight for democracy and freedom!

You all, the prominent lawyers and judges of the International Bar Association, what will you choose when facing the authoritarian regime and bribes [Editor’s note: ChinaAid has yet to become aware of any bribes offered at the forum]? Will you make a significant contribution to the global fight against communism or do something shameful to international human rights?

What you do today will be written down in history!

Dec. 6, 2019
ChinaAid exposes abuses in order to stand in solidarity with the persecuted and promote religious freedom, human rights, and rule of law. If you wish to partner with us in helping those persecuted by the Chinese government, please click the button below to make a charitable donation.