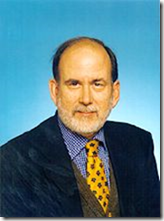 For nearly ten years, I have been arguing that China may well be the first example of a mature fascism in power.  The highest praise imaginable has been bestowed on this theory, by the People’s Republic itself.  When I published an updated version of my theory (first published in the Wall Street Journal in  2002 and reprised in different form in NRO thereafter) in the Far East Economic Review in May, 2008, the entire issue was banned in China.
On the occasion of  Mr. Hu’s visit to Washington, it seems appropriate to revisit this theme, which seems to me to have been abundantly confirmed by events.
May 2008

Beijing Embraces Classical Fascism
by Michael Ledeen
Posted May 2, 2008
In 2002, I speculated that China may be something we have never seen before: a mature fascist state. Recent events there, especially the mass rage in response to Western criticism, seem to confirm that theory. More significantly, over the intervening six years China’s leaders have consolidated their hold on the organs of control—political, economic and cultural. Instead of gradually embracing pluralism as many expected, China’s corporatist elite has become even more entrenched.