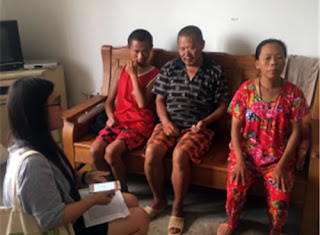 China persecutes Christians for ‘stability’ ahead of congressional meeting

(Beijing—Sept. 14, 2017) As the Oct. 18 meeting of the 19th National Congress of the Communist Party of China nears, Chinese government officials across the country tightened its grip on Christianity, persecuting churches in the interest of “comprehensive stability maintenance.”

According to a ChinaAid correspondent, the Chinese government strengthened its chokehold on churches across the country, “as if intending to eliminate all house churches at once.” A Christian from Guangzhou said that police summoned a large number of local house church members for questioning and visited house church members personally to warn them not to attend church services.

One Christian, who wished to remain anonymous, said, “The police called me again today and ordered me to stay away from church gatherings, which irritated me. I don’t know what to do with these people. They also asked me to write [a letter guaranteeing that I will not attend church services]. Today, people from the sub-district office went to take pictures of our two church buildings, using inspecting the fire systems as an excuse. People from the religious affairs bureau also called and summoned me for a talk on Friday.”

In Wenzhou, Zhejiang, the prohibition on attending church services was targeted specifically at children, where local officials ordered churches to cancel all activities involving teenagers, and elementary and middle school employees told parents not to allow them to attend Sunday worship services or other religious ceremonies.

“Many Sunday schools in Wenzhou were shut down,” said Li, a Christian woman and Wenzhou resident. “ … Many teachers sent messages to their colleagues in group chats in order to prevent children from attending religious gatherings.”

In Ezhou, Hubei, an almost weekly conflict between officials and the members of a house church that met outdoors after the Communist Party confiscated its chairs and desks on Jan. 10, 2017, escalated when government-hired gangsters beat five or six Christians on Aug. 22. In the past, the attackers have shot firecrackers at the Christians, hurled mud at them, and beaten a woman with high blood pressure unconscious, continuing to kick her even after she fainted.

Additionally, government departments in Jiangsu have launched a new house church investigation, which involves acquiring information on key church leaders, their congregants, their connections to Christians overseas, and their plans for future development. When one pastor asked why she was being made to fill out a form that gave out her personal information, an official replied that the Communist Party suspected “Christian imposters” were infiltrating churches and deceiving believers.

However, the government often uses excuses in order to investigate churches, such as alleging that they need to perform fire safety checks, and it is likely the government’s so-called “suspicions” are actually just ruses used in order to sanction the baseless persecution of Christians.

The ChinaAid correspondent alleged that such actions are being done as “comprehensive stability maintenance” ahead of the 19th National Congress of the Communist Party of China meeting on Oct. 18.

ChinaAid exposes abuses, such as those suffered by house church members in China, in order to stand in solidarity with persecuted Christians and promote religious freedom, human rights, and rule of law.