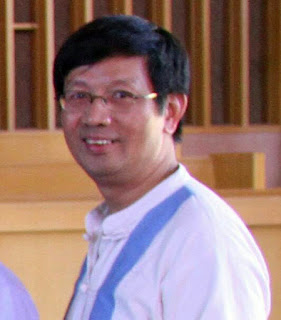 
(Pu’er, Yunnan—July 14, 2019) Lawyers of imprisoned North Carolina Pastor John Cao received a notice from a court in China’s southern Yunnan province stating that Cao’s appeal would be handled via a “trial session on paper only” instead of an actual hearing.

As such, the court says the lawyers must submit their defense papers before July 17, and the authorities are expected to issue a verdict after receiving the paperwork.

Last year, Cao was sentenced to seven years behind bars on an “organizing illegal border crossings” charge, which he is appealing. Cao and his colleague, Jing Ruxia, were seized by Chinese authorities as they attempted to cross the border from Myanmar’s Wa State into China, an act Cao had completed several times before with no interference from the government. In fact, he is even highly regarded in Wa State for the 16 Christian schools he helped found, servicing around 2,000 impoverished minority students.

After receiving his sentence, Cao appealed, but his appeal hearing was pushed back seven times. Just last week, it was scheduled for Aug. 22, but now there will be no hearing at all, authorities say.

ChinaAid Founder and President Bob Fu condemned China’s “trial session on paper only” and subsequent refusal to hold a court hearing as a “sham.”

ChinaAid urges the Chinese government to immediately and unconditionally free Cao and allow him to reunite with his family in the United States and asks members of the free world to push for his release.

A translation of the government notice announcing the change to the trial can be read below.

With regard to the case that Cao Sanqiang, the defendant, organized illegal border crossings and Jing Ruxia committed the crime of crossing the border illegally, which our court has been processing, our court has decided not to hold a trial, per Article 234 of the Criminal Procedure Law of the People’s Republic of China. We notify you to mail or fax the hardcopy of defending opinions to our court.

The work unit of the receiver of the notice: Shanghai Jintiancheng (Xiamen) Law Firm

Notes: 1. The notice is applicable to the People’s Procuratorate, attorneys, witnesses, expert witnesses, and translators.

2. The name of the receiver of the notice should be put above the line which is under “Salutations.”