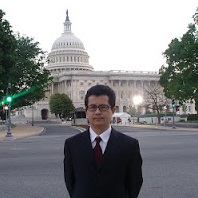 Guo Feixiong is the pen name of Yang Maodong, a well-known writer, legal defender, and activist who is listed on ChinaAid’s China 18 prisoners of conscience list.

Those on the list represent the “thousands of men and women in China who work at their peril to promote and advocate for the rule of law, religious freedom, democracy, and basic human rights.”

According to RFA, Guo’s wife, Zhang Qing, says the activist entered prison on Aug. 8, 2013, which means “they didn’t reduce his sentence by as much as a day.”

She notes Guo’s family is happy he made it out of prison, especially since he has suffered from intermittent blood in his stool for at least the past year.

Speaking to RFA, Guo says he would know “in two or three days’ time” if he is “genuinely safe.”

“I was held in three different locations during the past six years” Guo explains, “and nothing happened to me in the first or the third, but something did happen in the second place, but I don’t want to talk about that now.”

Other imprisoned rights activists imprisoned in China have reported experiencing torture during their time in prison.

Now Guo is interested in trying to acquire an ID card and “leave everything that happened in the past, in the past, and look to the future; make something of the future,” according to the RFA report.

Back in 2013, ChinaAid President Bob Fu, Zhang Qing, and Guo and Zhang’s daughter, Yang Tianjiao, testified at a hearing of the U. S. House Committee on Foreign Affairs’ Subcommittee on Africa, Global Health and Human Rights.

During the event, Zhang detailed some of the torture Guo suffered during a previous imprisonment, including sleep deprivation, electrocution, beatings, and being shackled to a wooden bead with hands and feet crossed for 42 days.