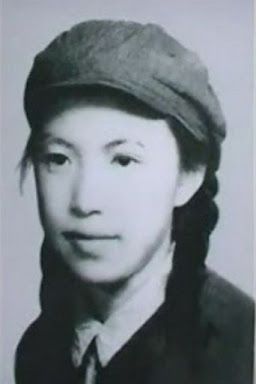 (ChinaAid—August 3, 2022) Lin Zhao (1932-1968), formerly known as Peng Lingzhao, was a Chinese Christian born in Suzhou, China. In 1954, Lin Zhao was accepted to Peking University for Chinese Studies. In 1958, she was classified as a rightist. Two years later, in October 1960, she was arrested and imprisoned for participating in the publication of the secret anti-government magazine “Xinghuo” and for penning the long poem “A Day in Prometheus’s Passion.” In early 1962, Lin Zhao was released on medical parole but was arrested again in November of the same year.

Lin Zhao was once detained in Shanghai No. 1 Detention Center and Tilanqiao Prison, where she authored a series of notes and letters written in her own blood against Mao Zedong and the CCP’s “tyranny and enslavement of the people.“ These works include writings in her diary, a “Letter to the Editorial Department of the People’s Daily” (also known as “The 140,000–Word Letter“), and many other texts. On April 29, 1968, Lin Zhao was sentenced to death in prison and executed on the same day.

On August 22, 1980, the Shanghai Higher People’s Court revoked the judgment of the Military Control Commission and acquitted Lin Zhao on the grounds of mental illness. On December 30, 1981, the Shanghai Higher People’s Court again re-examined Lin Zhao’s case and revoked both the 1980 judgment and the 1968 original judgment as inappropriate. It was only then that Lin Zhao was declared innocent.

When China was raging with tyranny and injustice, Ms. Lin Zhao’s short but extraordinary life was like a shooting star in a black night, instantly piercing through the seemingly boundless darkness. The light illuminated by this silent star cannot be ignored. Lin Zhao endured torment and rape, but she remained unyielding and steadfast to her own conscience. Even to death, she remained faithful.

Despite all the trials against her, Lin Zhao “embraced a Christian spirit” and rejected “revenge of blood” while resisting tyranny. This provides moral inspiration for many contemporary Chinese activists in their struggle to pursue freedom and democratic society. Lin Zhao has become one of the most precious symbols of spiritual fortitude for the Chinese people and the world.

In order to commemorate Lin Zhao and to encourage today’s heroes, ChinaAid specially set up the “Lin Zhao Freedom Award” to recognize Chinese citizens who are committed to promoting the progress of contemporary Chinese civil society and the rule of law in China.

(1) He or She must adhere to the spirit of non-violent opposition to injustice and oppression advocated by Lin Zhao in the promotion of freedom and democracy, truth and reconciliation, rule of law, and growth of civil society in contemporary China

(2) He or She has suffered injustice and persecution in the process.

Potential recipients include pro-democracy activists who are experiencing severe persecution such as imprisonment, surveillance, house arrest, or other legal prosecution.

The “Lin Zhao Freedom Award” selects one person every year and issues a certificate and a grant of RMB 25,000 (~$3,700) in support of the recipient. If the recipient cannot receive the award in person, the award will be given to the recipient’s family.

The “Lin Zhao Freedom Award” is open for online nominations from colleagues and friends who work for the progress of China’s democracy and its transformation into a rule of law society.

The nominee can submit several nomination forms and nominate several people at the same time, though each nomination form can only list one person at a time.

ChinaAid and the Lin Zhao Freedom Award Selection Committee will keep the information of each nomination and nominee strictly confidential.

If the winners or their families do not wish to be named due to safety concerns, the award will be awarded anonymously and a corresponding announcement will be issued. The results of the award will be kept as historical data and will be disclosed at an appropriate time with the consent of the living winners, or after the winners pass away.

We hereby announce the beginning of the nomination period for the 2022 “Lin Zhao Freedom Award”:

The nomination period for the 2022 “Lin Zhao Freedom Award” is from the date of this announcement until October 31, 2022.

ChinaAid will announce the winner of the 2022 “Lin Zhao Freedom Award” and hold an award ceremony at the end of 2022. If the winner requests anonymity, the announcement will respect their choice.

We welcome colleagues and friends from all over the world to submit their nominations. We also give a heartfelt thank you to all those who work towards and attentively watch the progress of China towards democratization and a rule of law society.