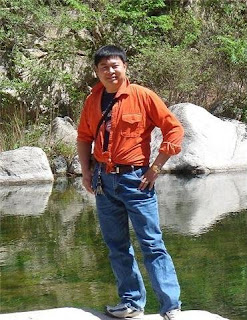 (BEIJING – June 24, 2009) ChinaAid calls on the international community to pray and act on behalf of imprisoned Christian house church leader Shi Weihan. On June 10 the Beijing Court found Shi Weihan, age 38, guilty of “illegal business operation” and sentenced him to three years in prison and 150,000 Yuan fine (about $22,000 USD) for printing and distributing Bibles at no cost.

Six others stood trial together with Shi Weihan, and also received criminal sentences for “illegal business operation.” Tian Hongxia, who worked for Shi Weihan, was fined three years in prison and 150,000 yuan. The other five sentenced were Li Fengshan, Zhou Xin, Cheng Xiaojing, Lű Yuequan and Li Zong, all shareholders and employees of Xinshu Printing Company Ltd. of Beijing, the printing company which printed the Bibles and Christian books. Their sentences range from one to two years with fines from 60,000 yuan to 120,000 yuan. ChinaAid recently received the Criminal Judgment from Haidian District People’s Court of Beijing Municipality for Shi Weihan and the other six who were sentenced. Click here to read.

ChinaAid president, Bob Fu stated, “Most of the books Shi Weihan published were Bibles and Christian books. He distributed them free of charge, because the Chinese government does not permit Bibles to be sold in public bookstores, and there is a great need for them. We call upon Christian book authors and those who placed orders for printing Bibles and Christian literature to speak out for Shi and his family.”

Shi Weihan’s wife Zhang Jing and their two daughters, 12-year-old Shi Jia and 8-year-old Shi En Mei, are under tremendous pressure from authorities. Shi’s wife has hired Christian lawyer Li Fangping to represent him to appeal the verdict. The appeal process could take up to one year.

Contact the Chinese embassy and request that Shi Weihan and the other six sentenced be immediately released, and that government authorities allow Bibles and Christian literature to be printed and freely distributed in China.