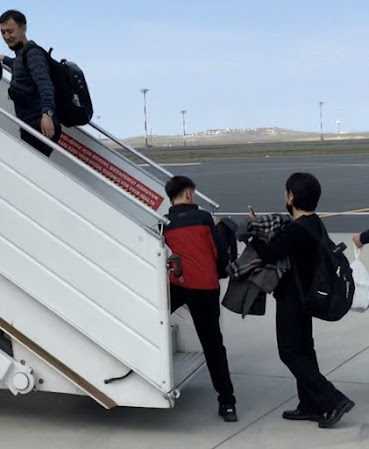 (Washington, D.C.—April 12, 2022) Over the weekend, China Aid Association welcomed Ovalbek Turdakun and his family, Christians originally from Kyrgyzstan to the United States where they have been granted humanitarian parole status.

Turdakun is a former detainee in the Chinese Communist Party’s concentration camp system in the Xinjiang Uyghur Autonomous Region. He was detained in 2018 and held for 10 months in a labor
camp. Alongside 22 other prisoners, he experienced both psychological and physical torture including
forced medical procedures.

After release, Turdakun fled with his wife and 11-year-old son to Kyrgyzstan, where CCP officials actively sought their repatriation back to Xinjiang. ChinaAid worked in tandem with other
organizations to bring the family to safety in the United States. They will relocate to Texas with
the support of ChinaAid.

His eyewitness account further substantiates the human rights abuses against the estimated 1-3
million Uyghurs, Kazakhs, and other Turkic ethnic and religious minorities who are being held in
“reeducation camps” in China. His case is the first publicized story of a Christian escaping the camps and sharing the abuses he endured. On January 19, 2021, the US Department of State declared the gross human rights abuses committed by the Chinese government as genocide citing evidence of forced sterilizations, torture, and an intricate forced labor system.

“The level of torture and abuses against Mr. Turdakun CCP’s concentration camp is beyond human imagination. This is just the tip of the iceberg of the ongoing genocide, ethnic cleansing, and religious persecution,” Dr. Bob Fu, Founder and President of ChinaAid, said of the family’s
arrival. He continued, “The US and international community can and should do more to compel the
Chinese Communist regime to stop this evil before it’s too late.”

ChinaAid will continue to work tirelessly until all prisoners of conscience are freed from Chinese
Communist Party prisons.