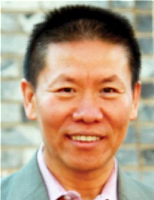 From a presiding judge of the intermediate court in an affluent city in China’s east coast to a beaten prisoner sentenced to 16 years, that’s the story of brother Li JF, a dedicated Catholic brother in the underground church. Li contacted me after he was released from a labor camp this April. He was imprisoned 11 years, not because of corruption or criminal activities but because he provided free legal advice to the weak and vulnerable.

Li could easily have gained a fortune if he chose to continue his comfortable legal career; he could have avoided arrest, beatings, and torture by staying silent in the face of injustice. But he chose a different way because his ears heard the Voice behind him: “This is the way; walk in it.” (Isaiah 30:21.)

What he wrote to me is both heartbreaking and encouraging. He said “I lost everything but gained my faith in God!” His health is destroyed, his wife divorced him because of government threats, and he has not seen his daughter since he was first imprisoned. His younger brother fled to Thailand in 2010 because of the threats, only spend the past two years in jail. While Li was imprisoned, the PSB sold his house.

Yet, brother Li still claims he gained from his imprisonment because he did not lose his faith in God. In the labor camp, he worked 14 hours each day, along with three brainwashing hours of “re-education” classes, for which he was paid $40 per month. His elderly parents, barely able to meet their own expenses, also sent him $25 each month. From that meager income Li smuggled more than $60 out of the labor camp each month to purchase bibles, and with the bibles he led bible studies for dozens of prisoners, asking them, “upon whom you can fix your real hope?”

Not only did Li’s faith sustain his life, he was even able to defend others while in the labor camp despite the risk of additional punishment. Li used his knowledge of the Chinese and international law to defend the prisoners’ right to own bibles. Last November, after their bibles were confiscated by labor camp officers, Li and several other bible study leaders went to the senior officer of the labor camp and demanded to know why their bibles had been confiscated. When the senior officer attempted to make excuses, Li was able to use his knowledge of Chinese laws and regulations to refute him. Unable to win the argument with this unusual prisoner, the senior officer finally sent them away. That same evening, their bibles were returned.

The most encouraging part of brother Li’s letter is how his perspective about “Gain” and “Loss”:

“My heavenly father chose to let me follow Him by carrying my cross. With difficulty, I chose a road on which I would become poorer in material wealth and on which commutation of sentence would be more difficult. So I continued to spread the seeds of the Gospel. . . . I’m all the more the chosen person of the Lord and such a glory cannot be replaced with any material gains.”

We have wired $1000 to Li for his most urgent needs, and will work for his brother’s freedom also.

At its annual Vision Banquet, held April 2, 2013, in Midland, Texas, China Aid presented blind Chinese lawyer Chen Guangcheng with its second annual “Courage Award,” honoring his years of work defending human rights in China and particularly his opposition to the violent enforcement of the one-child policy. “Chen Guangcheng, his wife Yuan Weijing, and his whole family have paid a heavy price for their great contribution in protecting and advancing life and liberty for millions in China,” said China Aid founder and president Bob Fu.

Chen is a self-taught lawyer from rural Shandong province who has long been an advocate for the voiceless. In 2005, Chen organized a class-action lawsuit against the city of Linyi, Shandong, for its violent enforcement of China’s one-child policy, angering the government, and he spent most of the next seven years either imprisoned or under house arrest.

In April 2012, Chen escaped house arrest and fled to the U.S. Embassy in Beijing. After a tense month of negotiations, in which China Aid played a critical role, Chen and his family were allowed to leave the country in May. Chen spent the past year studying and New York University and writing a book that will be released later this year.

A year ago, in April 2012, more than 200 police and government officials raided a house church in the city of Pingdingshan, Henan province, and detained more than 50 Christians; seven of them were charged with “organizing a cult to undermine law enforcement.” On April 1, 2013, those seven Christians were convicted and sentenced to prison.

Among the seven Christians were the house church’s lead pastor (Hu Linpo, originally from Singapore, sentenced to seven years), two other men (Han Hai, who had already spent three years in a labor camp, and Yang Lianbin, sentenced to seven-anda-half years and three years, respectively), two women who took turns hosting the church in their homes (Zhang Mian and Cao Xia, four years and three-and-a-half years, respectively), and two other women who were copying CDs of Pastor Hu’s sermons (Wang En and Li Dan, three years each). During the raid, the police also confiscated the computer used to copy the CDs and an SUV owned by someone visiting the house church on the day of the raid.

The Christians were represented in their trials by well-known Christian attorney Li Baiguang, a friend of China Aid.