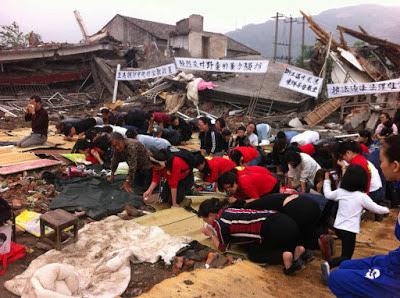 The report covering January-December 2020 points to an ongoing escalation of harassment of Christians by the Chinese Communist Party (CCP). Under the direction of President Xi Jinping, Chinese officials carried out the third year of its “Five-Year Plan for the Sinicization of Christianity.” The Sinicization campaign had a sustained emphasis on upholding Chinese traditions through faith groups such as ordering churches to fly the Chinese flag and sing patriotic songs in services.

In the context of COVID-19 pandemic prevention and control, the CCP shut down churches and banned religious activities throughout mainland China. The destruction and dismantling of crosses, prevalent in both state-run and house churches, continued during the pandemic.

Overall, ChinaAid found that 100% of house churches experienced some level of harassment in 2020. Police formally, as well as informally, summoned and questioned every house church’s main leader.

Dr. Bob Fu, Founder and President of ChinaAid, said, “We are excited to release this report documenting the stories of Christians the Chinese Communist Party targeted for living out their faith. We are dismayed, however, at the increasing number of persecution cases year after year. ChinaAid will continue to advocate for our brothers and sisters in China by sharing their stories of faithfulness and seeking justice against their oppressors.”

The complete report may be read here with the summary of the key findings here.
###
So then each of us
shall give account of himself to God.
~  Romans 14:12 (NKJV)
China Aid exposes abuses in order to stand in solidarity with the persecuted and promote religious freedom, human rights, and rule of law. If you wish to partner with us in helping those persecuted by the Chinese government, please click the button below to make a charitable donation.