ChinaAid to European Parliament: Religious Freedom in China at Lowest Point Since 1989 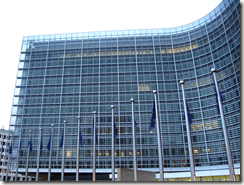 (Midland, Texas–Nov. 28, 2011) ChinaAid founder and president Bob Fu will be telling the European Parliament on Wednesday that the situation with human rights and religious freedom in China has deteriorated to its lowest point since the period after the crackdown on the 1989 Tiananmen Square student-led pro-democracy demonstration.

Fu and several other ChinaAid witnesses were invited by the European Parliament to testify at its hearing on “The human rights situation in China” at the parliament building  in Brussels, Belgium. (see photo above)

The next day, the delegation will be in The Netherlands to participate in a human rights forum on “The situation of Christians in China,” where Fu will be making a similar presentation on the serious deterioration of religious freedom, the rule of law and human rights in general.


For the EU hearing, ChinaAid was asked to make recommendations that would help the European Union set its China policy so as to address human rights problems in China.  In attendance at the hearing will be members of the European Parliament and their assistants.

This is the second time that ChinaAid and Fu have appeared before the European Parliament.  In 2009, Fu and two Christian lawyers engaged in rights defense work also testified before the same body.

In Ridderkerk, The Netherlands, the ChinaAid delegation will be speaking to an audience of mainly NGOS, representatives of the missionary organizations of several churches, some individuals with ties to China and members of the Dutch Political Reformed Party (SGP), Holland’s most orthodox Protestant party, as well as members of the Dutch media.

Both reports will be posted on ChinaAid’s website as soon as they are delivered.