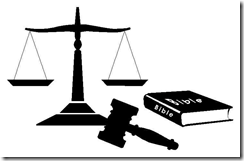 (Midland, Texas–April 20, 2013) ChinaAid has released the March 2013 issue of its Chinese Law and Religion Digest.  The digital version of the Chinese-language publication is available online at the link below.

This is an English translation of the Table of Contents:

3. Proposals at the “Two Meetings” (the National People’s Congress and Chinese People’s Political Consultative Conference): Problems and countermeasures in the Development of Christianity

4. Internal Controls Over the Receiving of Donated Funds by Charities and Religious Organizations

5. A Discussion of the Issue of Religion and the Rule of Law, a Speech Delivered at the Seminar on “Bringing the Rule of Law into Religious Affairs Management”

6. President Madison’s Views on the Relationship Between Church and State

7. The Position of the European Court of Human Rights Regarding the Protection of the Freedom of Religious Belief

9. The Evolution of Religious Policies in Eastern Europe’s Socialist Countries in the 20th Century

10. Religious Involvement in Politics in the United States—An Overview

11. Reflections on Laws and Policies on Religion and the Times

12. On Religion in Democratic Countries

13. Political Participation of Religious Groups in the United States

14. An Analysis of Issues With the Involvement of Religion in Politics in the United States

15. The Puritan Concept of Contract As Holy Covenant and Its Harsh Liabilities if Breached

16. The Way Christianity was Incorporated into English Law

17. The Concept of Law in the Field of Religion

18. On the Relationship between Freedom of Religion and the Freedom of Assembly

19. The Need for Self-Control and Tolerance in Freedom of Religion

20. The Future of Freedom of Religion

21. Two Christians in Xinjiang Detained for Evangelism; A Christian Petitioner From Hubei Province Chased and Blocked from Going to Beijing