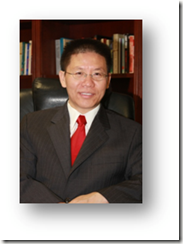 (Midland, Texas–Jan. 11, 2011) ChinaAid Association, which has made Gao Zhisheng one of its most high-profile cases, applauds the Associated Press for its decision to reveal in the run-up to Chinese President Hu Jintao’s U.S. visit that it had had an exclusive interview with the famous Christian human rights lawyer eight months ago in which Gao revealed details of some of the unspeakable police torture he had suffered during his 14-month disappearance into government custody.

In the exclusive report from the American news wire service, carried in The Washington Post on Monday Jan. 10, 2011 under the headline, “Missing Chinese lawyer told of abuse,” The AP said that it had not reported immediately on the April 7, 2010 interview in keeping with Gao’s wishes that “his account not be made public unless he went missing again or made it to ‘someplace safe’ like the United States or Europe.” Given that Gao disappeared again two weeks later and that there has been no word from or of him in the more than eight months since then, The AP after consulting with his family decided to release the details of his interview.

Speaking in a Beijing teahouse, Gao told of the police torture he endured after he was “disappeared” on Feb. 4, 2009, including a two-day, two-night beating session where police used handguns in holsters to pummel his bare body. Gao said this was the worst of the beatings he had ever endured and was the darkest point of the 14 months.

In June 2009, he was transferred to Yulin, Shaanxi province, where he’d grown up, then moved to Urumqi, in far northwest China’s region of Xinjiang, where Gao had previously worked.

In September 2009, one of his police tormentors told him, “You must forget you’re human. You’re a beast.”

On Sept. 25, while taking one of the strolls that his captors in Xinjiang occasionally allowed him, he was set upon by a group of Uyghurs who punched him in the stomach, handcuffed him, taped his mouth and eyes shut and took him into an upstairs room of a building and began a week of torture that culminated with the 48-hour pistol-whipping session that he said was the worst torture of the 14 months. Gao said he knew his torturers were plainclothes police because they used handcuffs, which ordinary criminals would not have. He said they abused him in other ways that he refused to describe.

In November 2009, after U.S. President Barack Obama’s summit in Beijing, Gao’s treatment improved and he was moved back to Yulin. In February 2010, police had Gao participate in a staged reappearance in response to international pressure. They transferred him to a temple on Mount Wutai, a Buddhist retreat, and on March 27 allowed him to be seen publicly. A short while later, he was taken to Beijing, where his interview with The AP took place, under the watchful eye of plainclothes police outside the teahouse. Two weeks later, he was “disappeared” again.

In an audio recording obtained by ChinaAid Association of a conversation between Gao and a friend, Gao said that in September 2009, during the time that he was being tortured in Xinjiang, his father-in-law, who lives in the Xinjiang capital of Urumqi, received a notice from the authorities to go to a certain morgue to pick up Gao’s body. The poor old man was prostrate on the floor of the morgue after identifying a body that appeared to be Gao’s.

In the same recording, Gao also thanked ChinaAid and its president and founder Pastor Bob Fu for helping his wife and children escape to the United States. Gao also re-affirmed his unwavering Christian beliefs.

On the occasion of President Hu Jintao’s Jan. 19 visit to the United States and his meetings with President Obama, ChinaAid calls on President Obama to urge the Chinese government in these talks to stop its illegal mistreatment and tormenting of Gao Zhisheng, blind legal activist Chen Guangcheng and Christian human rights lawyer Fan Yafeng, and to immediately give them their lawful freedom. During this visit, the U.S. government should seize this rare opportunity to improve China’s human rights situation. Gao Zhisheng’s wife, Geng He, told Radio Free Asia that on the day of the Obama-Hu meeting, she would be in front of the White House to protest.

Pastor Bob Fu also said today, “We are troubled by the increasingly mafia-like tendencies of the Chinese authorities and the general deterioration in the human rights and rule-of-law situation in China. We call on the Chinese government to immediately give an accounting to the international community of the fate of lawyer Gao and allow him to come to America to be reunited with his wife and family. We hope that President Obama during his meetings with President Hu will publicly bring up these requests of the international community.”