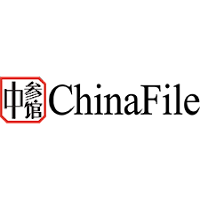 ChinaFile: No, Pu Zhiqiang’s Release Is Not A Victory

■ Pu Zhiqiang is a well-known Chinese human rights lawyer and outspoken intellectual who has taken on many precedent-setting cases defending freedom and protecting civil liberties. But his outstanding contributions in the judicial realm and his tremendous influence have made him a target of the Chinese government. On May 4, 2014, along with a dozen intellectuals, scholars, and writers, he attended a private meeting in commemoration of the June 4 Tiananmen Square incident. On May 6, he was detained by police on the suspicion of “picking quarrels.” On June 13, the Beijing police announced that he had been formally charged with “picking quarrels” and “illegally accessing citizens’ personal information.” The police then added the charges of “inciting ethnic hatred” and “inciting national splittism,” and turned the case over to the Beijing procuratorate, requesting that prosecutors charge Pu with these four crimes.

According to the accusation made public by Pu’s lawyer, Mo Shaoping, in the end Pu was charged with two crimes on the basis of “seven Weibo posts totaling over 600 characters,” namely “inciting ethnic hatred” and “picking quarrels.” The main evidence presented by prosecutors consisted of Weibo posts made by Pu between 2011 and 2015 (winnowed down from 30 posts to seven by May 2015) that criticized Chinese officials, People’s Congress representatives, and the government, as well as discussed official policies in Xinjiang, and the March 2014 Kunming train station knife attacks.

On December 14, as the trial officially commenced at the Second Intermediate Court of Beijing, Pu Zhiqiang proclaimed his innocence. Before this, his lawyers made public that Pu believed posting comments about public events and public figures on Weibo is covered by the Chinese constitutional right of each citizen to freedom of speech.

As the case went on, many legal experts wrote articles that analyzed Pu’s Weibo postings as lightly satirical and perhaps containing improper passages, but not constituting a crime. In fact, such an analysis does not require specialized legal knowledge; even non-specialists will come to the same conclusion via common sense.

It is surprising then that in their decision on December 22, the Second Intermediate Court of Beijing found Pu Zhiqiang guilty of inciting ethnic hatred and picking quarrels, and sentenced him to a three-year suspended sentence. This is not a “legal victory” as painted by the official media, but rather a tremendous disgrace of the so-called “rule of law.”

Given that this is someone with a strong belief in the right to free speech, and a human rights lawyer who has chosen to devote his professional life to free speech cases, it is a great irony that Pu Zhiqiang has been convicted of a crime because of his own speech. Moreover, with this judgment against him, he has not won any real freedoms, and perhaps will lose his qualifications to practice law. This shows how heavy the price Pu—who in the eyes of officials is “a person who incites antiestablishmentarianism in Chinese society and public opinion”—has had to pay. It also lays bare a hard truth: in expressing their opinions freely, all those who dare to speak up will perhaps also be given a “suspended sentence,” and no one knows when that dangling sword will fall.

Before the decision was announced, many people saw Pu’s case as a touchstone that would demonstrate whether the rule of law in China has been moving backward or progressing. In terms of levels of the government other than the judiciary, some thought that if Pu were to be convicted, it would serve as a weathervane indicating that China is returning to a “second Cultural Revolution.” In fact, there is no need for a touchstone, and the weathervane has long been pointing in the same direction.

It is very clear that Pu Zhiqiang, having served as a human rights lawyer for the past 10 years, was taken down as part of a carefully executed plan. His conviction suggests that the greatest impediment to the defense of civil rights over the past 10 years has been social governance directed toward “maintaining stability,” a model the courts will continue to apply with increasing force.

While Pu Zhiqiang was in custody, the shocking July 10 arrests occurred, in which more than a hundred lawyers, grassroots defenders of civil rights, and the relatives of petitioners, lawyers, and civil rights defenders were suddenly summoned en masse by authorities, detained on legal charges, subjected to surveillance, and brought in for interrogation or put under temporary house arrest across as many as 23 provinces. Reports in the official media have described these human rights lawyers’ activities as “stirring up trouble in the name of civil rights.” Even amid the harsh aftermath of this period of “politics wreaking havoc with the law,” lawyers as a group have not collapsed under the pressure, and many people have shown tremendous support for Pu Zhiqiang on social media. Some even went to the court building to shout “Pu Zhiqiang is innocent!” This may be the true “weathervane” of the rule of law and political progress in China.