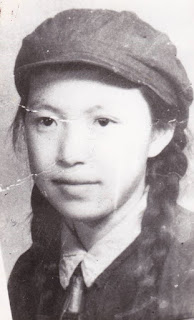 (Midland, Texas—April 26, 2019) ChinaAid awarded three individuals and one church for their outstanding contributions to Chinese human rights, religious freedom, and rule of law at an annual banquet yesterday evening.

Three of the recipients, who include dissident Chen Wei and, as a collective, Early Rain Covenant Church in Chengdu, Sichuan, received ChinaAid’s Courage Award. The other awardee, who must remain anonymous, is the pastor of a house church in China.

Chen’s family tried to attend the event but were prevented from doing so by Chinese authorities.

Early Rain Covenant Church, a large church based in Chengdu, Sichuan, has undergone continual government persecution that culminated last year in the arrest of more than 150 of their members within the span of a week, beginning on Dec. 9. Multiple members are still in police custody, and the church’s pastor, Wang Yi, and his wife, Jiang Rong, have gone missing.

Both Wang and Jiang have been charged with “inciting subversion of state power,” even though there is no credible evidence supporting this claim, and other members of their church have been pinned with other falsified criminal charges, including “illegal business operations.”

The other individual, whose family has asked not be named due to security concerns, became the first ever recipient of the Lin Zhao Freedom Award. Nominated by multiple submissions and unanimously selected by a panel of five judges as this year’s recipient, the awardee is a Christian born in the southwestern region of China and has served as the head of a local branch of the Democracy Party of China, which is a political organization prohibited by the ruling Communist Party. He was a signatory of the political manifesto Charter 08 and imprisoned three times for engaging in a democratic movement. Altogether, he was spent 23 years in prison, and he is currently still incarcerated.

The Lin Zhao Freedom Award takes its name from Lin Zhao, a Chinese Christian who was murdered for her dissent against the Communist Party. Formerly known as Peng Lingzhao, she was classified as a rightist in 1958, just four years after she entered Peking University, and, in October 1960, she was arrested for participating in the planning of the underground publication “Xinghuo/Spark” and for writing her published poem “The Suffering Day of Prometheus.” When she required hospitalization in early 1962, she was released, but authorities brought her back into custody in November of the same year. She was detained at the Shanghai First Detention Center and imprisoned in Tilanqiao Prison. During her time behind bars, she used her blood to write a book against then-Chairman Mao Zedong and the Chinse Communist Party’s “Tyranny Enslavement.” She also wrote diaries, a letter to the editorial department of the People’s Daily (“140,000-word Letter”), and so on. On April 29, 1968, Lin Zhao was sentenced to death, and the officials shot her on the same day.

On Aug. 22, 1980, the Shanghai Higher People’s Court posthumously revoked the ruling and found her not guilty on the grounds of mental illness. On Dec. 30, 1981, they reviewed the case again and concluded that the mental illness ruling was inappropriate, fully acquitting her.

2018 marked the 50th anniversary of Lin’s death, prompting ChinaAid to honor her by establishing the Lin Zhao Freedom Award, which is given to Chinese citizens who show an exemplary commitment to Chinese civil society and the progression of rule of law, often at the cost of their own safety and freedom.

A total of nine nominees from a variety of different backgrounds and types of advocacy qualified for the award, and ChinaAid thanks them sincerely for their brave, self-sacrificial, and tireless efforts to protect the rights of others.

ChinaAid announced the recipients of these awards at their annual banquet last night.