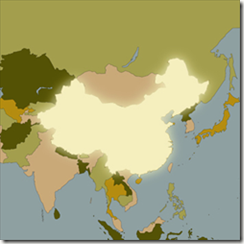 Three officers from Beijing’s Dongsheng police station detained the Shouwang church member at about 5 p.m. while he was at a market to get a mobile phone fixed, they said. They handed him over to a Shandong office based in the capital, which sent him to his hometown that evening. He was the second member of the church to be expelled from the city since authorities allegedly compelled the owners of the church’s rented facility to stop leasing to the congregation in April, forcing them to meet outdoors the past three months.

The same Dongsheng police station in Beijing’s northwest Haidian district sent the first Shouwang member to be expelled from Beijing to his hometown in Hubei Province on May 8, sources said.

After Monday’s expulsion, the Shouwang member was forbidden to use his mobile phone, but at noon yesterday he was sent to his parents’ home and was able to send a text message to church members. He said his identity card was confiscated, and he was warned not to return to Beijing before July 1, the 90th anniversary of the founding of the Communist Party of China. Authorities told local village officials to monitor him.

In the church’s weekly statement issued yesterday, Shouwang Church leaders said they had filed a protest against the expulsion.

“The forced expatriation by Dongsheng Police Station and Haidian Public Security Bureau has constituted a complete contempt for and a flagrant violation of the law, in effect depriving a citizen of any guarantee of the most basic of foundational existential rights,” the statement read.

The first expulsion of a Shouwang member came after the church held a fifth consecutive Sunday of outdoor worship. At least 15 people were taken to 10 police stations across Beijing on May 8th. All were released within 24 hours, except one who was jailed at Dongsheng police station for 48 hours and then turned over to the Wuhan municipal governmental office in Beijing. Wuhan is the capital of Hubei Province, where the household of the detained Shouwang member was registered.

After previous detentions, he had already been forced to quit his job as an instructor at an international school for children under 3 years old. As he had lived at the school office, he also lost his lodging.

The church member on May 10 told a contact by phone that he had been sent to Wuhan’s Beijing office from the police station earlier that day. Police ordered the office to buy a train ticket for his return to Hubei, he said. Police confiscated his identity card, later telling him that they could not find it. They told him to go to Hubei to apply for a new one.

The detained Christian later told another church member by phone that he wanted to see his parents and his maternal grandmother, and that he also wanted to rest after being detained four times for having attended five Sunday outdoor worship services.

With a police officer from the Wuhan Public Security Bureau based in Beijing’s Wuhan office, he took a train to Hubei’s provincial capital on the evening of May 11. More than 20 Shouwang congregants went to the Beijing West Railway Station to see him off, praying hand-in-hand and singing a hymn in the waiting area of the station.

The Shouwang member and the police officer arrived in Wuhan the next morning, then went to his hometown in Hubei. After having lunch, the police officer returned to Wuhan. On May 16, two local police officers came to the church member’s home asking for basic information on his family. He returned to Beijing in mid-June and has continued to attend outdoor worship, being detained every Sunday since.

Hundreds of Shouwang parishioners have been detained or confined to their homes on Sundays as well as weekdays since April 10. Some church members have lost their jobs or rented homes, or both. They are mostly young professionals working at companies or universities.

Before April 10, the Shouwang congregation had gathered in a conference hall of the Old Story Club in the northern area of Beijing for more than a year. But according to Shouwang Church leaders, the owner of the rented venue was under mounting pressure from the government.

In March, Shouwang planned to rent a conference hall of a hotel in the northwest of the city, but the church said some government agencies again interfered and prevented it from renting the new premises.

Shouwang Church first started as a family Bible study group in 1993. By 2005, Shouwang, which means “keeping watch,” had more than 10 fellowships. At that time, the church decided to apply to register with the government. But in 2006, authorities rejected Shouwang’s application, asking it to join the official Three-Self Patriotic Movement church.

In late 2009, Shouwang paid about 27 million yuan or about US$4 million for the second floor of the Daheng Science and Technology Tower in northwest Beijing’s Zhongguancun area, known as “China’s Silicon Valley.” Funding came from the Shouwang congregation and other contributors for the purchase of a permanent worship place. Authorities once again interfered, according to church leaders, and the property developer refused to hand the key over to the church.

Shouwang Church had more than 1,000 worshippers each Sunday before the outdoor worship began in April. It still has dozens of family groups and fellowships.

In a related development, China Aid Association (CAA) reported yesterday that two women from another Beijing house church, Shuangshu Church, were planning to join Shouwang’s outdoor worship service on Sunday (June 26), but that police prevented them from leaving their home. Their landlord later came to pressure them to move out, according to CAA.
http://www.compassdirect.org/english/country/china/article_114292.html