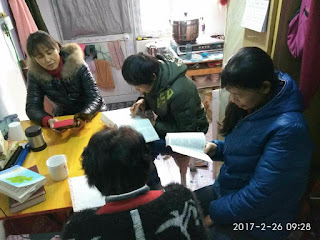 (Beijing—Jan. 6, 2019) Some Christians across Mainland China could not find unofficial churches that hosted Christmas Eve masses or services due to government suppression.

According to a Christian living in Xiantao, Hubei, he and his wife and son drove to the three largest churches in his area on Christmas Eve, but all were darkened and closed.

Some churches in cities, however, held Christmas Eve services, but their messages did not center on the birth of Christ. Instead, they celebrated the Chinese Communist Party. Many of them were Three-Self Churches, which are government-run and censored and often spout government propaganda.

One of the churches, Dengfeng Christian Church, sang a patriotic song, praising the government, and talked about “socialism’s core values.” They also discussed the government’s achievements in their attempts to “sinicize” Christianity, or force churches to mold itself around Communist Party ideology. If Christians refuse to conform, they are often arrested, tortured, or otherwise persecuted.

In the same city, officials publicly told people not to celebrate Western holidays.