(Midland, Texas–Jan. 28, 2012) Ongoing armed conflicts in north Burma’s Kachin state have left as many as 40,000 Burmese refugees on the China-Burma border, the majority of whom are Christians of the Jingpo minority group and more than half of whom have illegally crossed into China seeking temporary shelter, according to information provided to ChinaAid by the Association of Chinese Christian Journalists. 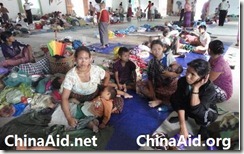 Since Jan. 1, ongoing clashes have been occurring in an area just 90 kilometers (56 miles) from China’s Yingjiang county and 170 kilometers (105 miles) from the border city of Ruili, in Dehong county, both in southwest China’s Yunnan province.

About 25,000 of the estimated 40,000 refugees wandering along the border have crossed into Yunnan through non-governmental channels to seek shelter and refuge. The Kachin Independence Army (KIA) has reportedly placed some 21,000 refugees in the Burmese border city of Laiza and 4,000 in the region of Maija Yang. At least 1,500 people are still in the forests, while more than 6,000 have taken temporary refuge in schools, churches and villages. 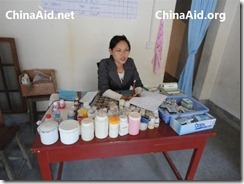 According to the coordinator of the Association of Chinese Christian Journalists’ relief effort, who is surnamed Ma, there appears to be little chance for a ceasefire of the armed conflict between Burmese government troops and the KIA that first broke out on June 9, 2011. He said the clashes have already displaced more than 35,000 people, leaving them without proper clothes or sufficient food. Many have appeared along the border in Ruili and the counties of Longchuan and Yingjiang, and more refugees have arrived in recent days.

Christian relief workers in the border camps said that the refugees want to return to their homes in the mountains but cannot do so because of the fighting. Their numbers are on the rise, and those who are still in Burma lack food, medicine and basic living supplies. Christians in the Yingjiang Church are trying their best to help them.

A pastor of a Yingjiang church told the Association of Chinese Christian Journalists on condition of anonymity that more and more refugees displaced by the conflicts had fled to the China-Burma border, with the total number already reaching 40,000.

“I feel extremely sad whenever I think about those solders fighting everywhere heedless of people’s lives, and farmers who cannot farm, and women and children who are being capriciously treated. It is troubling to see those refugees who do not even have adequate food and clothing. People’s war-torn lives seem meaningless and pathetic,” said the pastor.

(Photo: Temporary shelter for the refugees provided by Yunnan churches. Photo provided by a Christian journalist.) 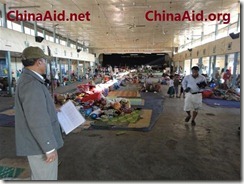 “For many years, Burmese Christians who do business and have relatives in Yingjiang have regularly attended our church services. And brothers and sisters here also frequently travel to Burma to visit relatives and friends. In fact, we and they are as close as flesh and blood. We will try our best to help them, but what we can do is limited. Therefore, we call upon people around us and loving brothers and sisters to help these refugees and pray for them,” the pastor said.

According to the Association of Chinese Christian Journalists, if the large-scale armed clashes between Burmese government troops and the KIA continue in Kachin, the growing numbers of refugees could reach crisis level. The situation in Kachin is already getting out of hand, and could get worse due to cold weather. With a shortage of warm clothes, nutritional foods and medicines, the chance for the spread of epidemic diseases is high. Unless a solution is found, the Sino-Burmese border could become the site of a humanitarian crisis.

ChinaAid and the Association of Chinese Christian Journalists as well as Christians in Kachin and Yunnan are working together to figure out ways to help refugees.

ChinaAid appeals to brothers and sisters in China and overseas to pray for and help with the following efforts:

1. The Association of Chinese Christian Journalists plans to offer assistance to refugees staying along China-Burma border.
2. Local Christians in Yunnan (Yingjiang Church in particular) are collecting and distributing winter clothes, foods and medicines. Please keep them in prayer. Among the refugees are pregnant women and children. Please keep them in prayer as well.
3. Urging the Burmese government troops and the KIA to negotiate a reconciliation and agree to a ceasefire as soon as possible.