Chinese House Church Alliance’s 2012 New Year’s Message: Nothing can separate us from the love of God

“We are hard pressed on every side, but not crushed; perplexed, but not in despair; persecuted, but not abandoned; struck down, but not destroyed.” (II Corinthians: 8-9) 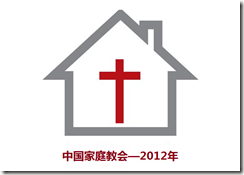 In God’s grace and keeping, the Chinese House Church Alliance and all house churches in China usher in 2012, a year full of hope. In the past year, the Chinese government continued its policy of persecution against house churches and did so with increasing intensity. This was especially true for Beijing Shouwang Church. Due to the government’s deliberate interference, Shouwang was not able to purchase or rent a place to meet and has been forced since April 2011 to worship outdoors. From then until today, it has been subjected to the Beijing authorities’ destructive suppression and persecution, thus realistically reflecting the circumstances facing Chinese house churches today.

In 2011, the Chinese House Church Alliance along with brothers and sisters of house churches throughout China have gone through more and harsher persecution and suffering.

• Pastor Zhang Mingxuan, chairman of the Chinese House Church Alliance, and his wife were arrested multiple times, detained illegally, and forced to move.
• Dr. Fan Yafeng, prominent Christian human rights activist and head of Shengshan House Church, was put under house arrest, where he remains today.
• Pastor Shi Enhao, the deputy chairman of the Chinese House Church Alliance was given a two-year labor camp sentence by the local government on the charge of “holding illegal religious meetings.”
• Xinjiang Uyghur Christian Alimujiang was given the harsh sentence of 15 years’ imprisonment.
• Shouwang Church’s senior pastor Jin Tianming and other leading staff members and lay leaders have been confined to their homes by Beijing authorities since the church started its outdoor worship services. To the surprise of the international community, the legitimate rights and interests of some 1,000 church members were violated.
……

In every month of 2011, reports of Chinese house churches being illegally suppressed and persecuted sounded from everywhere, not to mention the unreported cases of persecution or cases in which the details were unclear. During the Christmas period in particular, house churches in Beijing, Shandong, Sichuan, Zhejiang, etc., came under intense suppression by local governments, severely damaging China’s social harmony and violating the right to religious freedom of house church believers.

In the past year, the main challenges and circumstances facing house churches remained the same: denial of legal status; restriction, suppression and persecution; and illegal detention, labor camp sentences, and imprisonment of major house church leaders. On the surface, many more house churches still seemed to enjoy a stable environment, but beneath this stability are currents of disruption which can erupt at any time and cause destruction.

On the whole, as the revival of Chinese house churches continues unabated, Satan is intensifying his attacks and the churches’ existence is ever more threatened. It is just as the Bible says, “In fact, everyone who wants to live a godly life in Christ Jesus will be persecuted.” (2 Timothy 3:12) But tests and trials have not stood in the way of the courage and faith of the Chinese House Church Alliance in its legal defense work. On July 25, 2011, Pastor Zhang Mingxuan submitted his sixth petition to Chairman Hu Jintao, calling for religious freedom of religion for China’s house churches. In the face of sustained legal rights defense efforts by Shangxi Church and great pressure from the international community, authorities in Guangyuan, Sichuan province, recently reached an agreement through court mediation with Shangxi Church. The Guangyuan authorities made an oral apology to Shangxi Church for their persecution of the church and agreed to stop interfering with the church’s worship services. In return, Shangxi Church withdrew its lawsuit against the relevant local government departments.

“Who can separate us from the love of God?” (Romans 8:35) This proclamation of the apostle Paul is also the proclamation before God of the Chinese House Church Alliance. Despite the volatile political climate, house church brothers and sisters have, in spirit and in truth, built lives upon the solid foundation of the rock of Jesus Christ and became more deeply integrated with members of the church worldwide.

“You crown the year with your bounty, and your carts overflow with abundance.” (Psalm 65:11). God’s word is the most able to calm men’s hearts. Although China’s house churches went through 2011 in an environment that was largely one of suppression and persecution, they were preserved by God’s grace and experienced continuous revival, becoming a living testimony of the Chinese church.

In the new year, the Chinese House Church Alliance will continue to uphold its principle “to serve the church, be engaged with society, be concerned with public welfare, and act according to the law,” vigorously advocating for suppressed and persecuted house churches and defending the legal rights of victims. Trusting in the almighty righteousness of God, we speak words of justice to the church worldwide.

In the hope that all members of China’s house churches will be united in the grace of Jesus Christ in their efforts in the work of the Gospel. We believe that God, who is our fortress and our refuge, will give us strong and courageous hearts, preserve our unity and help us to be victorious in our adversity…