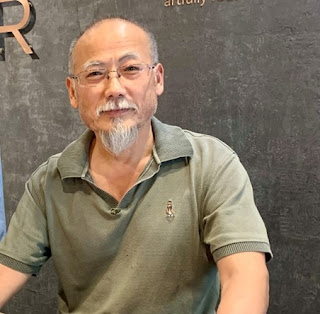 (Vietnam—November 15, 2022) The family of Dong Guangping, an activist working for the advancement of human rights in China, suddenly lost contact with him at his residence in Vietnam. Since August of this year, he has been in a state of enforced disappearance. Family and friends residing in Canada have strongly appealed to the Vietnamese officials to confirm his whereabouts and allow him to join them in Canada.

Dong Guangping’s daughter, Dong Xuelui (Katherine Dong), said that for the past two years, her father had been living a low-profile life in Vietnam, usually described as “very good” and had not been disturbed by Vietnamese police. However, she spoke to her father on the phone once on July 22 this year lost contact with him since.

According to credible sources, Dong was arrested at his apartment residence by more than 10 Vietnamese authorities, who also put a hood over his head and handcuffed him.

This highly unusual practice is equivalent to hostage-taking, and there are fears that the Vietnamese government colluded with the Chinese government and handed him over.

Katherine said that after her father went missing, she feared that he might have been deported to China by the Vietnamese government and is worried about his safety; she hopes to be informed of his whereabouts as soon as possible.

Dong’s family has requested the Vietnamese and Chinese governments to provide information about his whereabouts and communicated with Vietnamese authorities through their lawyer to allow him to travel to Canada to reunite with his family.

Dong Guangping, 64 years old, was a second-generation communist who served as a Chinese police officer. He was dismissed from his job in 2001 for expressing support for the June 4 Movement and demanding that the government vindicate the June 4 incident. He was later sentenced to three years in prison for expressing political dissent, charged with “inciting subversion of state power.” In 2014, he was detained for participating in activities commemorating June 4. In September 2015, he fled with his family to Thailand seeking refuge; on November 13 of the same year, Dong was abducted from Thailand to the mainland by Chinese police officers. On August 2, 2019, he was released from Yudu Prison in Chongqing after three and a half years of imprisonment.

Dong Guangping was persecuted several times by local Chinese authorities; he first jumped overboard on December 9, 2019, and was prepared to drift from Shishi City, Fujian Province, to Kinmen, Taiwan. He was rescued by a mainland fishing boat that night and was later detained by police in Hebei. In early January 2020, Dong Guangping fled to Vietnam and went into hiding in Hanoi; he kept changing lodgings due to residency issues and was waiting for an opportunity to go to Canada until his enforced disappearance in August.

According to Chinese Canadian female activist Sheng Xue (Reimonna Sheng), the Canadian government intervened in Dong Guangping’s case two months ago, negotiating with the Vietnamese government and promising to rescue Dong Guangping to Canada. “I had to keep my lips sealed because I was not allowed to disclose information about it to the public; I am very sorry to the friends who care and pay close attention to him – but in the end, he has disappeared. It is agonizing,” she expressed.

It is not yet known why Dong Guangping was suddenly taken away in Vietnam, whether the Chinese side was involved and what role it played, and Dong’s whereabouts are still a mystery. Dong’s family and friends are calling on the pro-communist Vietnamese government to give an explanation and are urging the Canadian government and civil society to try and rescue him.