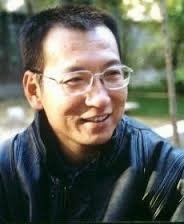 An anonymous informant with knowledge of the situation said, “He was cremated yesterday evening at around 6:00 p.m. He passed away at 1:30 p.m., and his corpse was taken away from the mortuary at around 4:00 p.m. directly to the crematorium, and he was burned there. Only his eldest sister’s son and second eldest sister were present. This is the government’s forcible action.”

Ji entered the hospital two months ago, right after completing a prison sentence. When he was released, he was gravely ill, but authorities closely monitored him, even forcing his family members to obtain approval before visiting him.

He had previously been hospitalized in January 2018, when he received an intestinal surgery.

Ji suffered from multiple medical conditions, including diabetes, coronary heart disease, cerebral ischemic stroke, and intestinal disease. He suffered an intestinal hemorrhage in December 2017, and then he had a stroke.

Before he was imprisoned, Ji used his career to defend the rights of Chinese citizens.

Two of his supporters, Zhuang Lei and Zhang Lifang, were summoned for interrogation, and Ji’s second eldest sister’s phone has been powered off.

Others gathered at the hospital’s entrance to mourn Ji, bringing bouquets and taking photos with Ji’s picture.

Ji is one of several Chinese prisoners of conscience to die in a hospital after serving time behind bars. Before him, Nobel Peace Prize laureate Liu Xiaobo and Yang Tianshui, a prominent critic of the Chinese government, both passed away after lengthy prison sentences.