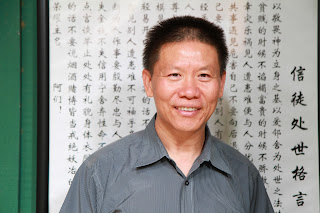 (Jinan, Shandong, Aug. 6, 2018) Shandong University Professor Sun Wenguang was recording a live Voice of America interview when police officers came to his home and arrested him. His wife was also taken into custody.

According to The Washington Post, Sun, a recognized Chinese dissident, had been critiquing China’s financial contributions to developing Africa, urging Chinese President Xi Jinping not to neglect the needs of China’s poor people. During the interview, 5-8 police officers arrived and carried Sun away while he insisted they respect his rights.

“Let me tell you, it’s illegal for you to come to my home,” Sun said to the police, according to the interview’s recording. “I have my freedom of speech!”

Then, the phone went silent.

Radio Free Asia wrote that Sun and his wife are both believed to be at a hotel in Jinan, the capital of China’s Shandong province, but no one has been able to reach him.

Sun, who is 84, has been an activist since the early days of the Communist Party, and he served a jail term during China’s Cultural Revolution—a political movement aimed at sweeping away what were viewed as anti-communist ideas and enshrined the teachings of then-Communist Party Chairman Mao Zedong. Since then, the persecution of dissidents has always been a core tactic implemented by the regime in a bid to maintain the mass’ unified, unwavering devotion to the Party, and efforts to repress both religious and intellectual freedom have steeply increased since Xi took office in 2013.

Bob Fu, ChinaAid’s founder and president, says China’s human rights situation is now the worst its been since the Cultural Revolution.

ChinaAid urges the Chinese government to immediately and unconditionally release Sun and his wife and exposes the abuses enacted against the couple in order to promote religious freedom, human rights, and rule of law.