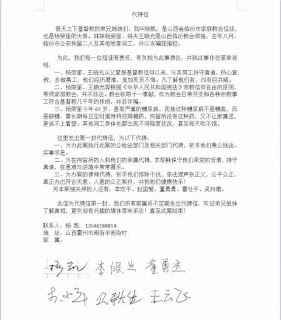 (Shanxi, China—July 19, 2022) Yang Kai of Golden Lampstand Church in Linfen City, Shanxi province, invites the world to join together in prayer regarding the suppression by the authorities. A total of seven people consisting of Yang Kai’s sister Yang Rongli and her husband, Pastor Wang Xiaoguang, and other church leaders, are currently being detained by the authorities for “fraud.” Yang Kai disclosed that his sister was starved in prison, lacked treatment and medicine, and family members were prevented from meeting her.

In a raid last August, Linfen police arrested nine church leaders and co-workers, including Wang Xiaoguang, pastor of the city’s Golden Lampstand Church. A month later, authorities conducted a wide-ranging inspection of all the communities in Linfen, mainly focused on the core members of the church. At the time, clergy members from other areas connected to the church were also taken away for investigation and questioning.

Recently, Yang Kai and the five other people pointed out in a joint prayer letter that Yang Kai’s sister Yang Rongli and her husband, Pastor Wang Xiaoguang, have a profound family history of Christian faith. They inherited the Christian faith from their ancestors, passionately preached the gospel, and did many good deeds.

In regards to the accusations of “fraud” that have been widely used by the authorities against house churches in recent years, Yang Kai clarified that the church’s collection of tithing as the church’s daily expenses and various ministry activities is in line with the thousands of years of the Christian tradition, and it is by no means a scam.

The prayer letter pointed out, “Yang Rongli is 67 years old and suffers from severe diabetes. She needs to take special antidiabetic medication on a daily basis in the long term. There is no such medication in the detention center, and family members are not allowed to send it, let alone visit. Other co-workers’ physical beings were also unwell to different degrees and did not have enough to eat every day.”

Yang Kai called on the authorities to enforce the law impartially and to seek truth from facts. He prayed for the imprisoned brothers and sisters and their families, for the Lord Jesus to protect them from the suffering they endured, to persist in the truth, and to always rejoice in adversity and trials. He appealed to Christians to intercede in prayers for the lawyers to eliminate any interferences; to declare justice according to the law, in fairness and justice; and to handle the case in line with God’s will and the people’s will.

Yang Kai welcomes Christians to understand the truth and welcomes the media to conduct interviews regarding the matter until the case comes to an end.

Yang Rongli was originally a public official at the Veteran Cadre Department of Shanxi Normal University. She was a leader and pastor of Golden Lampstand. Yang has been in charge of the church full-time since 1998 and has grown it into a large church, which alarmed the local government. Since 2004, authorities caused disturbances in the church by cutting off water and electricity.

In 2009, the Linfen authorities wanted to forcibly demolish Golden Lampstand due to the commercial value of the church’s location, but the church refused. On September 13 of the same year, more than 500 police officers stormed the church and their Gospel shoe factory, beating and injuring more than 100 Christians. On the 23rd, the armed police surrounded their building. On October 11, Yang Rongli was detained by the Shanxi Linfen City Public Security Bureau on suspicion of “illegal occupation of farmland” and the crime of “gathering people to disturb traffic order.” The court later sentenced Yang to 7 years in prison for the same crime.

In October 2016, after Yang Rongli was released from prison, the local Religious Affairs Bureau asked the church she led to join the official Three-Self Church, but Yang refused again. Authorities canceled pension and medical insurance benefits for key church members including Yang.

In 2017, the authorities forcibly demolished the Golden Lampstand mega church.

Shanxi used to be China’s evangelical center in the last century. In 1900, there was an appalling slaughter of Christians and missionaries in Shanxi. According to the publication of the China Inland Mission, a total of 15,000 to 20,000 local believers in the northern part of Shanxi Province were killed. Out of the 91 China Inland Mission Missionaries in Shanxi Province at the time, 36 fled to the coast, 38 were killed, and 17 were missing. Other missions suffered even more tragic losses. The missionaries of the American Congregational Church, the British Baptist Church, and the Shouyang Missionary Church in Shanxi were almost annihilated.