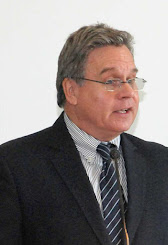 I am deeply concerned that since late September, Pastor Bob Fu, founder of the nonprofit ChinaAid, and his family have been the targets of outrageous slander, libel, and intimidation by suspected members of the Chinese Communist Party, and their enablers, and are at grave risk of serious bodily harm. They have been forced to flee their home in Midland, Texas after protestors in chartered buses arrived at their home. Pastor Fu and his family are currently under police protection.

The Chinese Communist Party (CCP) hates Pastor Bob Fu—and other Chinese human rights activists living in the United States and elsewhere in the world—and are employing the big lie against Bob Fu in much the same way they do in China.

I have known Pastor Bob Fu for 22 years.

He is an extraordinary man of deep faith in God who has tenaciously advocated for universally recognized human rights in China including and especially religious freedom.

As the former chairman of the House Foreign Affairs Human Rights Subcommittee as well as the chair of the Congressional-Executive China Commission—and now serving as Ranking Member on both those panels—I unequivocally attest to Pastor Fu’s impeccable character, integrity, kindness and bravery.

I have been a member of Congress for forty years and attest that Bob Fu is one of the most prayerful, dedicated, disciplined, wise, and effective champions for human rights that I have ever met.

At my request and invitation, Pastor Fu gave expert testimony at thirteen separate official congressional hearings (see list below) I’ve chaired on the Chinese Communist Party’s pervasive harassment and persecution of religious believers of all faiths.

Together, we have jointly appeared at press conferences and worked on Chinese human rights legislation.

Members of Congress on both sides of the aisle frequently turn to Pastor Fu for guidance, insight and direction.

When in 2012, Chinese human rights leader Chen Guangcheng was in a Beijing hospital bed after being expelled from U.S. Embassy Beijing, Pastor Fu was a witness at my congressional hearing on Chen and was able to put Chen on the phone in real time. In a dramatic scene on Capitol Hill, Chen himself testified and asked to come to the United States—a request that was agreed to by Beijing hours later.

Owing to his exceptional success exposing—and combating—human rights abuses in China, Bob Fu has been targeted in a vicious and dangerous campaign to smear his excellent reputation and work.

The FBI and CIA are investigating but much more needs to be done to protect this human rights hero and his family.