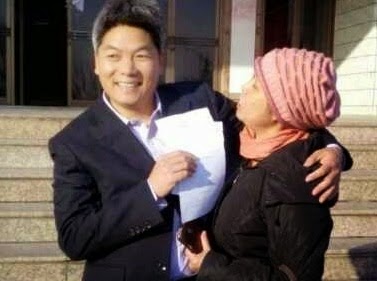 Li Wenxi, an employee of a Beijing bookstore, was detained on Nov. 18, 2012, along with Ren Lacheng, the Taiyuan-based Enyu Bookstore’s owner, when the two attempted to reclaim items, including books and business equipment, seized from Enyu Bookstore by more than 15 government agencies in March 2012.

Li’s employer, Morning-Light Bookstore, released the following statement the morning of his release: This morning, Brother Li Wenxi was released from prison. We are very excited for his release. It is like winning a medal from the kingdom of heaven, and it is a triumphant return. He and Li Caihong, [his wife], have been beautiful witnesses for the Lord. After two years of pressure, joy has burst forth. After two years of tribulation, happiness has been revealed. Thanks be to God. We thank all the brothers, sisters, and organizations that have prayed for and supported Li. Glory to God!