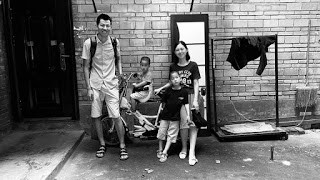 (Chengdu, Sichuan Province—Oct. 31, 2020) On September 26, Chengdu Hongpailou authorities summoned Zhichao Dai, a Christian from Early Rain Covenant Church, to the police station. Officers referred to article 82 of “Public Security Administration Punishment Law of the People’s Republic of China” as grounds for the summons charging Zhichao with “organizing and attending activities in the name of an unregistered church.”
As Zhichao refused police requests to talk with them on a Sunday when they initially approached him, officers later summoned to the police station on Saturday.
During the recorded two-hour interrogation, held in a small room without windows, an officer asked Zhichao, “Why you attend Sunday services?”
“Attending Sunday services is in accordance with God’s pleasure and will. It is also a good practice of religious freedom. Although our church is identified as illegal, I don’t agree with that. If I am put into prison again because of this, it will be my glory and I believe it happens for God’s good purposes,” Zhichao said. After that, he became silent. “I will respond to your interrogation with silence. But I will pray for you,” He added.
Police did not become angry as typically happens when a Christian refuses to answer their questions.
“While being detained, I prayed for the officers,” Zhichao later wrote in his diary. “I asked God to give the police peace so they would not continue to go against God and persecute our church. As I prayed, the entire interrogation room became tranquil….” One officer even dozed off during this time.
Nevertheless, as police considered Zhichao’s silence as a refusal to cooperate, officers confiscated his cell phone as evidence.

With the charge of “creating a disturbance” during this church crackdown, authorities ordered three-months of criminal detention. After this time, they forcibly expelled Zhichao back to ChongQing City, his hometown, issuing a one-year bail.

Despite this persecution, in response to God’s calling, Zhichao and his family risked secretly returning to Chengdu in June. During the following three months, authorities did not aggressively harass him. When Elder Yingqiang Li’s family also returned to Chengdu in September, however, police control gradually escalated.

When Early Rain Covenant Church held a secret servant leaders’ retreat in another city on October 4, authorities again summoned Zhichao for interrogation. Due to massive police harassment and monitoring, some servant leaders, including elder Yingqiang Li could not attend the retreat. After police identified all the attendees (approximately 40 adults and children) they drove to the location and recorded information obtained from the attendees’ IDs.

Zhichao wrote in his diary about this trying time: “Coming back to Chengdu means coming back to my church, my brothers and sisters, and the place where my pastors are imprisoned. I will carry the cross on my back and regard myself as a prisoner. Wherever God leads, I will follow and go with Him.”