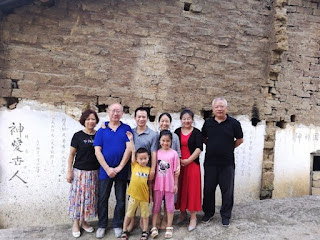 (Linfen, Shanxi province—January 5, 2023) Tan Xiuhong, a Christian attorney, wrote an open letter to Li Yunfeng, the mayor of Linfen City, Shanxi province. Tan addressed the massive arrests of Christians in Linfen over the past couple of years and called on local authorities to stop Christian persecution.

On December 31, 2022, Tan Xiuhong wrote to Mayor Li, admitting Li must experience a lot of difficulties and hard times while governing Linfen, a city of four million, during COVID. However, before the new year, Tan candidly expressed “Authorities of Linfen City should stop persecuting Christian churches and immediately release detained Christians.” The culture-rich city became notorious in China for its massive arrests of Christians. She gave examples of incidents related to Christianity that happened in Linfen in the past two years:

In August 2021, 12 people of Linfen Gold Lampstand Church including leaders and coworkers were arrested for the alleged “fraud”, Wang Xiaoguang and his wife Yang Rongli were among the 12 people detained. Authorities previously arrested them in 2009, and the couple served three years and seven years respectively.

On August 19, 2022, Linfen Covenant House Church held a family camp for 70 congregants. Over 100 city police officers arrived, taking away women and kids to the police station. The next day, leaders and coworkers of the church including Li Jie, his wife Li Shanshan, and Han Xiaodong were held under designated residential surveillance on suspicion of “fraud.” Authorities released Li Shanshan and officially arrested the other two. In the meantime, the department handling the case forced brothers and sisters of the church to turn in fabricated testimonies against Li Jie and Han Xiaodong. These coerced confessions led to the arrest of Wu Tingting and Wang Qiang.

The Toll of persecution

Trying to appeal to his empathy, Tan Xiuhong told Mayor Li Yunfeng about the impacts persecution plays on families:

You as the manager of the city may have empathy, right? Which family didn’t need a husband’s protection for the wife, kids, and seniors during the pandemic? You protect your family, but why do you manipulate laws to strip a husband’s right of protecting his wife, kids, and parents?

Tan Xiuhong questioned him with the Bible:

Mr. Mayor, do you know what is worse than the contagious pandemic in a city? It is grievance and lack of justice. “Do you indeed decree what is right, you gods? Do you judge the children of man uprightly? No, in your hearts you devise wrongs; your hands deal out violence on earth.” (Psalm 51: 1-2)

Tan Xiuhong graduated from the China University of Political Science and Law and then earned her Master’s in Law from Indiana University Law School. Afterward, she became a partner at Guangdong Xingyu Law Firm. She was converted to Christianity while studying in the U.S. She founded the Olive Tree Church in Guicheng after returning to China. The church was raided multiple times and shut down because of holding the house church stance, and Tan Xiuhong was required to speak to police, summoned, and even detained multiple times.