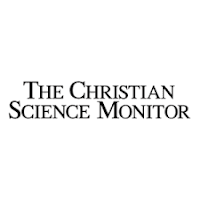 ■ US officials call for release of leading pastors detained in China. Pastor Li Guanzhong and his wife were detained Jan. 29, days after the head of China’s biggest megachurch was sent to a ‘black jail.’

Days after authorities plunked China’s most prominent Protestant leader, Joseph Gu, into an isolated “black jail,” police in the same eastern coastal province of Zhejiang have detained another leading pastor who has been defying the Communist Party on religious grounds.

Pastor Li Guanzhong and his wife were detained Jan. 29, according to members of his church, as part of what appears to be the toughest crackdown on civil society, including Christians, since Mao Zedong’s Cultural Revolution of the 1960s.

US State Department officials on Thursday called on China to release Pastor Gu and other church figures under detention, and to “respect … freedom of religion.”

The moves by Chinese authorities are seen as an escalation by the Party-state to subdue interest in Christianity as it becomes more widespread and popular in a rising power that has abandoned anti-capitalist Marxist ideology and is looking for spiritual values.

Mr. Li has for three decades been a Protestant church leader in Zhejiang and chairs his official county Christian council.

Last week authorities detained Gu, leader of China’s largest evangelical church, Chongyi, in Hangzhou, originally founded in the 19th century. Gu, who styled his expansive modern church along the lines of US pastor Rick Warren’s Saddleback megachurch in California, is also a Standing Committee member of the national council of official Protestant churches. He, like Li, is being held incommunicado on criminal charges.

The action against Pastor Li brings to eight the number of Protestant pastors held under arbitrary detention in Zhejiang since last July, the apogee of a state-run “cross demolition” campaign that has seen nearly 1,700 crosses forcibly removed from atop churches since 2014 and has deeply angered a religious minority.

Since Jan. 1, 18 crosses have been toppled from churches in Zhejiang, according to the Texas-based China Aid, including edifices in the city of Wenzhou, often called “China’s Jerusalem” for its proliferation of evangelical churches and more than 1 million believers.

While charges against the eight church leaders range from embezzlement to bribery to fomenting instability, one thing all detainees have in common is their public opposition to the anti-cross campaign. Li fiercely opposed efforts to remove the cross from his church in the city of Jinhua and this month tried to block efforts by security officials to put a Chinese flag atop his church.

All eight detainees are part of the official Protestant “Three Self” church organization – a group that for years has considered itself loyal and patriotic and not part of the broader “house church” movement that continues to thrive, mostly underground, in China.

On Thursday a State Department spokesman told the Monitor that China should release Gu and others, including well-known lawyer Zhang Kai. Mr. Kai has taken evangelical cases, and disappeared last summer shortly before a scheduled meeting with the US envoy for religious freedom, Amb. David Saperstein, who was in China at the invitation of the Xi Jinping government.

“We call on Chinese authorities to immediately release Pastor Gu and other detained religious leaders and activists, including human rights lawyer Zhang Kai and to cease the ongoing cross removal campaign in Zhejiang province,” according to the statement.

The State Department also called upon Chinese authorities “to respect internationally recognized rights of freedom of association, freedom of religion, and access to legal counsel.”

The Obama administration has been chary to criticize China in its slowly evolving pushback against churches, which is mainly concentrated in one province in China and mainly against public symbols, like crosses.

But the criminal charges against Gu and other prominent figures have appeared to many in the international Christian community as something of an unhappy escalation.

“It is good that the Obama administration remind the Chinese government that its actions neither occur in a vacuum nor go without notice,” says Loyola University expert on Christianity in China Carsten Vala. “Rather, as a world power China’s actions are under scrutiny and expected to observe international norms.”

The concern among some civil society advocates in the West is that China is slowly evolving a new phase of “thought crime” related to ideas about open society. In recent weeks China apparently abducted five booksellers from Hong Kong and a Chinese journalist in Thailand, closed a well-respected women’s legal aid center in Beijing that was founded in the mid-1990s during the UN conference on women, and orchestrated a series of public “forced confessions” on state television, and brought formal charges against nearly 20 human rights lawyers.