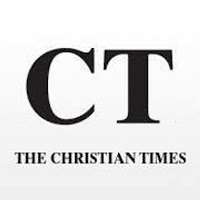 Nearly 100 churches have been forced to close in China’s Henan province following the implementation of the revised Religious Affairs Regulations back in February.

According to China Aid, the crackdown on religion in Henan have targeted unregistered churches as well as those belonging to the government-approved Three-Self Patriotic Movement.

In Ningling County, government officials have threatened to demolish churches unless all the crosses were taken down, according to a Christian named Chen.

Another Christian named Wang confirmed that registered churches were being targeted by officials. “The government aimed at the Three-Self churches this time. Most house churches do not have their own church buildings. The Three-Self churches feared that the officials would demolish the crosses by force, so they chose to take them down on their own. No one dares defy the orders,” Wang said, as reported by China Aid.

“The officials from the brigade will show up at your door and ask you to remove or cover up Christian decorations. They will damage your house if you dare to say no. Porcelain tiles that said ‘Jesus loves you’ embedded in the wall were gouged out. They also forbade us from singing hymns,” Li said, according to China Aid.

Li further explained that the government imposed more restrictions against Christians, including a prohibition on gatherings of more than five people without government permission. He noted that guards were also deployed to some churches to keep some parishioners out.

China Aid reported that a Conference of Ethnic and Religious Affairs was recently held in the town of Shiqiao in Ningling County.

During the conference, town officials detailed the goals of Communist Party when it comes to regulating religion in 2018. Yan Yunfeng, the Party committee secretary for Shiqiao, said at the meeting that there is “nothing insignificant” about administering ethnic and religious affairs. Staff members were reportedly told to unify their ideologies and were encouraged to take on additional responsibilities.

Last Month, house churches in Henan province were reportedly asked to submit a registration form to the national religious affairs bureau. Church leaders were reportedly required to fill out information such as names, number of church members, birth dates, occupations of leaders, and clergymen.

Christian residents have told reporters that they believe the registration forms were part of a strategy to suppress house churches in the province. Some believers have speculated that the crackdown of churches in Henan was just the testing phase in the campaign to eliminate house churches across the country.