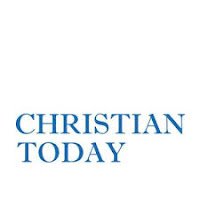 Concern is growing for human rights activists and pastors embroiled in an ongoing church and cross demolition campaign on the east coast of China.

According to US-based human rights organisation China Aid, pastor Zhang Chongzhu of the Divine Love Church in Zhejiang province has gone missing and is believed to have been detained by authorities.

Zhang has not been seen since September 8, when he was returning from a business trip to Shanghai, about 500km north of his home in Gaosha village, Pingyang County. He had previously been detained by police on August 25 after holding a meeting with lawyer Zhang Kai, who is now serving a six month sentence in ‘black jail’ on suspicion of endangering state security and disturbing the public order. Zhang Kai had been representing churches battling orders to remove their crosses amid a crackdown on places of worship in the region, while Zhang Chongzhu has publicly called for Christians to oppose the demolitions.

Authorities in Zhejiang region have now also refused to release church deacon Zhang Zhi, China Aid reports. He was arrested in his home and sentenced to a five-day administrative detention on 7 September, after his Xianqiao Church in Pingyang County re-erected a cross that had previously been demolished under official orders.

Zhang was due for release at the end of last week, but was instead transferred to the Wenzhou Detention Centre, and his home was searched. His mobile phone was allegedly confiscated during the investigation.

The arrests follow two years of increasingly strict regulations being placed on churches in Zhejiang by the ruling Communist party in China (CPC). Estimates vary, but up to 1,700 churches are believed to have been demolished or had their crosses removed since the provincial government launched a three-year ‘Three Recifications and One Demolition’ campaign in March 2013.

Officials at the time said that the project would aim to expose and remove illegal structures in Zhejiang, though it is widely believed that churches have always been the real target. Campaigners say the CPC is becoming progressively more suspicious of the influence of Christianity, which is experiencing significant growth in China.

The US envoy for religious freedom, David Saperstein, has branded Zhang Kai’s detention a “particularly alarming development” and called for his immediate release, along with a number of religious leaders who were arrested the day before they were due to meet with Saperstein.

“There can be no excuse for the detention of these religious figures who either met with me or tried to meet with me,” Saperstein told reporters.