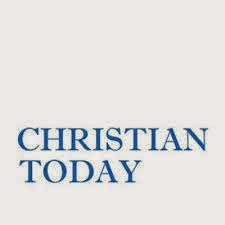 Bob Fu was tortured in a Chinese prison for his faith. After his release he and his wife were forced to flee Beijing in the middle of the night.

A key activist in the pro-democracy student movement that led to the Tiananmen Square massacre almost two decades earlier, Fu had since become a Christian and begun leading an underground church and Bible school in the Chinese capital.

By day he worked in the heart of the communist party, teaching English to government officials. By night, he shared the Gospel with a thriving underground network – despite the ever-present threat of being discovered by the atheist Chinese Communist Party’s secret police.

“Both my wife and I knew that sooner or later we would face ‘prison theology’,” Fu told Christian Today of his early days as a home-church pastor.

“That’s the experience of Chinese Christians. We were always told that if you wanted to be a faithful follower of Jesus, you would have to take that course. So I remember [my wife] Heidi and I prayed specifically: ‘Lord, at least give us three years to set ourselves up with a more solid ground.’ We were still weak in faith and wanted to prepare ourselves. Three years later, in 1996, we were both arrested. In a sense, I felt that was the grace of the Lord.”

After being tortured by interrogators and spending two months in prison, a place Fu describes as a “mission field…so many hungry and thirsty souls waiting to listen to the Gospel”, he and Heidi were released and immediately placed under house arrest. It was then that Heidi fell pregnant, without first receiving a permission card from the government.

“The risk of a forced abortion was imminent, so we escaped from Beijing,” Fu recalls. “We found out that we were on the re-arrest list for around October 1, China’s national day, so we left.”

The young couple, then just in their late 20s, hid in the countryside for several months, until God “opened the door miraculously” for them to enter Hong Kong, then still under British control.

Eight months later, just three days before the Island nation was officially turned over to China, the Fus were granted the status of overseas refugees in the US by the direct intervention of President Bill Clinton.

“I have not been back since then, although the Chinese government has launched multiple attempts to lure me back,” Fu reveals. “They want to neutralise my voice.”

His father has been beaten and his sister interrogated in the past, but the government is currently trying a softer tactic – his sister now receives a gift basket every holiday.

“They’ve extended multiple invitations for me to have meetings with top secret agents, but in any country except the US. I think that tells. So I said ‘Come over to the US, I’ll treat you to a Texas steak.'”

If he were to return, Fu suspects he would face life imprisonment, if not the death sentence, for his role in sharing the reality of persecution against Christians in China.

In 2002 he set up China Aid, which aims to advance religious freedom by “walking with the persecuted, by being a voice, exposing abuses and equipping the leaders”.

“We are seeing the worst persecution in China since the Cultural Revolution,” Fu said, citing the latest crackdown on churches, including those sanctioned by the communist party, as evidence that the government is tightening its defences against the ‘threat’ of religion.

“There has been forced demolition, the removal of crosses, over 300 churches have been attacked and government sanctioned church pastors sentenced to 12 years in prison. Multiple believers have been attacked and hospitalised, and thousands of police were mobilised to attack a church. That has not been seen since the time of the Cultural Revolution. It’s overwhelming.”

However, Fu is said he is “very optimistic” about the long-term future of Chinese Christians, and says the latest increased persecution is likely to lead to “a new wave of Church growth” in China.

“The attacks have been barbaric…but on the other hand, the communist party has not learnt its lessons. When it took power in 1949, there were less than one million Christians. After 60 years of non-stop persecution, look at it now!”

Even the official government think-tank has estimated that there are at least 80-90 million Christians in China today, which Fu says is both an encouragement and a challenge.

“The Chinese word for crisis is ‘weigi’,” he explained.

“‘Wei’ means challenge or danger, and ‘gi’ means opportunity. So there is huge opportunity in China, but there’s also a challenge, because the church is relatively young, just 200 years old, and the number one need is leadership training.”

As a pro-democracy veteran, Fu also shared his thoughts on the recent protests in Hong Kong, and immediately drew comparison with the Tiananmen student movement in 1989.

“I was impressed by the leadership, and of course many of them are Christians. There is a deeply spiritual root,” he said.

“Joshua Wong [the leader of the student movement] has openly said that his compassion, commitment and dedication for freedom and social justice are rooted deeply in his Christian faith. I think it’s related to Christian biblical heritage – the commitment to equality and to care for the needy and the poor. There’s a spiritual foundation to that.”

“I am very optimistic in the long run. After all who can stop God?” Fu said.

“On the other hand, I see the Chinese Church cannot win the battle by itself. We need support, standing shoulder to shoulder with our Christian brothers and sisters. We are, after all, one body of Christ, one Church.