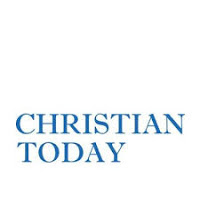 ■ Another innocent Christian is being deprived of his freedom for standing up for his faith in God.

Christian church leader Hu Shigen has been sentenced to seven years of imprisonment in China, as the communist country continues its crackdown against human rights activists.

According to a report from BBC News, Hu was convicted after a trial that lasted only a few hours. He was jailed for “damaging national security and harming social stability”—charges that the Christian church leader pleaded guilty to.

Aside from his imprisonment, Hu was also stripped of his political rights for five years.

Chinese state media described Hu as the “leader of an underground church” that was only supposedly pretending to be a religious body, but in reality, is an organsation meant to draw attention to abuses being committed by the government in China.

The government-controlled press in China also reportedly quoted prosecutors who charged Hu as saying that the “ideology and behaviors” of the Christian church leader “seriously harmed the country and social stability.”

This is not the first time that Hu is being imprisoned in China. He had previously served 20 years in prison for the now-abolished charge of counter-revolution. He was released in 2008.

Hu is just one of many Christians being persecuted in China. Around 300 lawyers and activists have been arrested, including 20 individuals who have been detained by the communist state since last year as part of a national campaign, which international organisations see as an attempt to silence critics of the Chinese government.

Chinese activitist Zhai Yanmin, for instance, was recently imprisoned also for alleged subversion. He was sentenced to a three-year jail term.

Lawyers from the Fengrui law firm are also being harassed by Chinese officials for supposedly collaborating with Hu on “how to get lawyers involved with sensitive incidents,” and for supposedly being connected to anti-China forces.