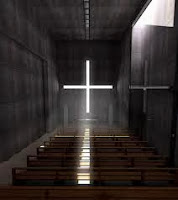 
Persecution of Christians getting worse

Produced by the UK office of Catholic charity Aid to the Church in Need, the report examines the situation of Christians in 30 different countries, including Afghanistan, China, Laos, Pakistan, Vietnam and Zimbabwe.

Covering the past two-and-a-half years, it finds the worst problems are in a number of majority Islamic countries and authoritarian states such as North Korea and Eritrea.

John Pontifex, one of the report’s authors, said: “The principal finding of the report is that in two-thirds of the countries where persecution of Christians is most severe, the problems have become arguably even worse.

“In fact the Church’s very survival in some parts–notably the Middle East–is now at stake.”

For Christians the so-called “Arab spring” has in many cases become what the report calls a “Christian winter.”

Although the political upheavals have brought suffering to all faith communities, Christians have experienced the most hostility and violence.

They have become victims of every kind of political, economic, social and religious conflict–including conflicts between Sunni and Shi’ite Muslims–and as a result, many Christians have been forced to flee.

The report describes the exodus as reaching “almost biblical proportions”.

John Pontifex said: “From all accounts, the incidents of persecution are now apparently relentless and worsening; churches being burnt, Christians under pressure to convert, mob violence against Christian homes, abduction and rape of Christian girls, anti-Christian propaganda in the media and from Government, discrimination in schools and the workplace… the list goes on.

“Persecuted and Forgotten? begs deep questions about the international community’s commitment to standing up for religious freedom.”

According to Persecuted and Forgotten?, the influence of fundamentalist Islamist groups has increased markedly in the past two-and-a-half years, representing possibly the greatest threat to religious freedom in the world today.

In communist countries, efforts to exert control over the Christian population have increased as well.

But, in these countries Christians tend to be persecuted on account of their contacts with dissidents and the West, and not just because of their faith.

In North Korea there is practically no official recognition of any religious activities, while those that are tolerated are strictly controlled.

China continues to insist on asserting its authority over all Christian groups, especially over those not registered with the State.

At the parliamentary meeting, to be chaired by Lord Rowan Williams, Melkite Patriarch Gregorios III–Syria’s most senior Catholic leader–will give a first-hand report about the crisis facing Christians and other minorities in the country and John Pontifex will summarize the findings of Persecuted and Forgotten?