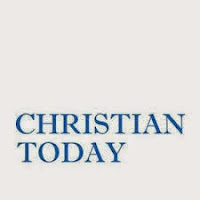 China has long been considered one of the worst countries for religious liberty. Designated a country of particular concern by the US since 1999, the latest report from the Commission on International Religious Freedom (USCIRF) found an “alarming increase in systematic, egregious, and ongoing abuses” in 2014.

Last year, “the Chinese government took steps to consolidate further its authoritarian monopoly of over all aspects of its citizens lives,” the report states. “People of faith continue to face arrests, fines, denials of justice, lengthy prison sentences, and in some cases, the closing or bulldozing of places of worship.”

Though freedom of religion is guaranteed under the Chinese Constitution, it is restricted to those who belong to state-sanctioned “patriotic religious associations” within Buddhism, Taoism, Islam, Catholicism and Protestantism – the only recognised religions. The government closely regulates and monitors religious activities among these groups, and undercover officials are known to sit in on meetings. Surveillance cameras adorn the walls of many sanctioned churches, keeping a watchful eye on worshippers.

Despite China being an emerging superpower, the “foreign influence” religion could have on its citizens appears to remain a chief suspicion of the ruling Communist Party (CPC), which has failed to shake its closed-door reputation. Foreign missionaries were forced to leave China following the rise of Chairman Mao to power in 1949, and the legacy of that distrust remains.

In an effort to curb this influence, China last year announced plans to nationalise Christian theology. During an anniversary celebration of the founding of the state-run protestant church, the Three-Self Patriotic Movement, a government official said China’s own brand of theology would “adapt to China’s national condition and integrate with Chinese culture”. A country expert told Christian Today that it could effectively be an attempt to remind Christians “that their allegiance is to the country, and the Party, first.”

The CPC is not just attempting to dissolve the power of religious institutions in China, however, but is actively working against them. China Aid, a Texas-based non-profit, recently warned against “draconian measures” taken by President Xi Jinping to eliminate all religious, political and social dissent.

“In 2014, Christians and practitioners of other faiths in China experience the harshest persecution seen in over a decade,” its annual report said.

“The increase in government-sanctioned persecution against religious practitioners and human rights lawyers and advocates reflects the overall political transformation that is occurring within the Communist Party in China…namely an orchestrated effort to consolidate power and suppress dissent and any perceived threats to the Chinese government, including the growth of religion”.

According to China Aid, the CPC has entered into a “post-totalitarian era”, and can no longer rely on its ideology and authority to unite the country as it did in the past. Amid growing dissention from both inside and outside the Xi Administration, the government has therefore begun imposing extreme measures to suppress resistance to the party line. This has not only affected religious groups, but also NGOs, human-rights organisations, lawyers and universities.

There is no doubt, though, that religion is perceived as a particular threat to Communist rule. Members of the CPC – the largest political party in the world with around 80 million members – must categorically renounce all religious belief, and officials announced earlier this year that this pre-examination system for recruitment would be upheld more forcefully. Li Yunlong, a professor at the Party School of the CPC Central Committee, told the Global Times that this could be an attempt to guard China “against the penetration of western hostile forces.”

Religious minorities are suffering under growing persecution as a result of the wider repercussions of this crackdown. According to the USCIRF, Chinese officials have been targeting Uighur Muslims in Xinjiang as part of a ‘campaign against terrorism’; detaining thousands in security sweeps and using deadly force in some cases. Local authorities also banned the observance in Ramadan last year and gave out jail sentences for religious attire or taking part in religious gatherings or activities. Harsh restrictions have also been imposed on Buddhists across the Tibetan plateau since 2008, and religious structures and monasteries have been demolished.

More widely reported has been the wide-scale crackdown on churches. At least 400 are believed to have been torn down or had their crosses forcibly removed in the last year, the majority of which were in Zhejiang province on the east coast of China. A number were state-sanctioned buildings, and many located in the city of Wenzhou – known as the ‘Jerusalem of the East’ because of its large Christian population.

In November last year, a country expert told Christian Today that as China becomes more politically conservative, churches are facing greater pressure to fall in line with the CPC. However, Christianity is experiencing unprecedented growth across the nation. Reports suggest that between 3,000 and 10,000 people are turning to Christianity every day, and while there were just one million believers when the CPC came to power in 1949, there are now thought to be as many as 100 million.

The largest Bible printing factory in the world is based in Nanjing, and last year celebrated printing its 125th million copy. Some 59 million of those were in other languages for exportation, but over 65 million Bibles have been printed in ten different Chinese languages since 1987.

Fenggang Yang, a professor of sociology at Purdue University, has predicted that China is on course to become the world’s most Christian nation by 2030. “Mao thought he could eliminate religion. He thought he had accomplished this,” Yang said. “It’s ironic – they didn’t. They actually failed completely.”

Despite concerns outlined by the USCIRF, China maintains that it guarantees religious freedom and the complexities of its international relations make it unlikely that we’ll see a change in policy any time soon. Chinese Foreign Ministry spokeswoman Hua Chunying said the country offers “ample” religious liberty, and branded the USCIRF’s report “full of political bias” with “arbitrary and unfounded criticism of China”.

“The Chinese side has already made representations to the US side and urged the US to cease using religious issues as an excuse to interfere in China’s internal affairs,” Hua added. China has lodged a diplomatic protest in response to the Commission’s findings.

Whether the government acknowledges it or not, however, religious freedom will likely remain an issue in China. Faith systems challenge the CPC’s craving for total control, and it will no doubt continue to aggressively silence anything, and anyone, that threatens to resist it.