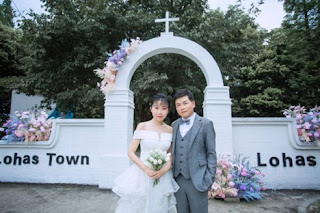 Christian wedding cancelled due to harassment

(Chengdu, Sichuan province—May 23, 2022) May 20 is the online valentine’s day in China because the pronunciation of the three numbers “520” resembles “I love you” in Chinese. However, Chengdu police used the day to ruin a Christian couple’s wedding. Christian couple Zhang Qiang and Xiao Yue are both members of Early Rain Covenant Church in Chengdu. They scheduled their wedding for the afternoon of May 21, but they were harassed for several days leading up to their wedding. Police officers tried various means to stop them from holding the wedding, including warning several members of Early Rain not to attend.

On May 20 at around 7 AM, Elder Li Yingqiang and his wife Zhang Xinyue were on the way to Chengdu. Deyang police stopped them and summoned them to the police station. They were released after police officers confirmed they were not planning to attend the wedding on Saturday. Zhang Qiang and Xiao Yue were summoned to Dayi County Jinyuan Police Station on the afternoon of May 20. Police officers spent four hours demanding them not to hold a Christian wedding. Zhang Qiang’s cell phone was taken away. The couple booked a hotel as their wedding venue, and, under the government’s pressure, the hotel had to cancel their reservation. Brother Shen Bing went to the police station to check on the couple, but he was followed by about ten staff of the community office. He was arrested after Zhang Qiang was released. Xiao Yue cried a lot that day. Zhang Qiang was followed by some people on his way home.

Many members of Early Rain were warned not to attend their wedding. Hu Xinrong was planning to travel to Chengdu to help the couple decorate the wedding venue. County officers took her from the train station to stop her from attending the wedding in Chengdu.

Elder Li Yingqiang, preacher Wu Wuqing, and preacher Dai Zhichao were explicitly told by the police that they are not allowed to leave home to attend the wedding on May 20 and May 21. They sent some people near Wu Wuqing’s home and Dai Zhichao’s home to monitor them.

At 8:10 PM, Xiao Yue posted on her WeChat Moments and thanked family and friends for their kind wishes. She said:

We have temporarily canceled our wedding. Please continue to pray for us. I thank God for not letting me face the situation alone. My husband Zhang Qiang kept comforting me in the police station. I was upset, but I had no fear or sadness. I lost my temper when my cell phone was taken away. Thank you, God, for your mercy. The Holy Spirit led me to confess and pray in the police station.

This is not the first time that police interrupt an Early Rain wedding. Zhang Fan’s wedding was scheduled for last August until she received a phone call at midnight, telling her the wedding venue she booked could not be used. She and her husband contacted Chengdu Juranzhijia Glaze Shop the next morning and booked the place for the afternoon. However, the business owner was threatened by the police and canceled the reservation. Without any choice, the couple held their wedding at home. Because of limited space, fellow Christians had to watch their wedding online. Even so, their wedding turned out to be peaceful, moving, majestic, and memorable.