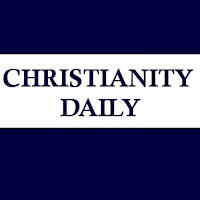 ■ China has banned churches in and around Hangzhou city in the eastern Zhejiang province ahead of G-20 summit in order to “create a safe environment” for world leaders when they attend the conference.

The G20 meeting is scheduled for September 4 to 5, but Hangzhou will observe a public holiday until four days after the summit, effectually closing the city for a whole week.

All the large-scale prayers and other religious activities will not be permitted in Xiaoshan district in south-east Hangzhou during those six days, to reduce heavy traffic andcongestion in the city.

Also, all religious places in the bordering city of Jinhua are forbidden to hold any activities between July 1 and September 9.

House churches have been shut down before the summit.

“During their preparations for the G20 summit, all houses and offices are required to register with the government and report how many people are living in the residence and for what purpose,” a pastor told Global Times on the condition of anonymity.

The city’s underground churches have also been told to not assemble.

“I cannot understand why they have done this… Worshiping God has nothing to do with the G20 summit,” Li Guisheng, a Christian human rights lawyer, told The Guardian.

Zhejiang province has the highest concentration of Christians in the country, and Wenzhou city in the province is also called the “Jerusalem of the East.”

Recently, the local government in Zhejiang province adopted a new law which made it mandatory for some churches to hand over their income and donations to the authorities.

The measures were enforced in Pingyang County, Wenzhou, and the members were asked to give all their tithes and donations to authorities.

“The government officials will interfere with church affairs, managing our donations and some large-scale projects. We have to obtain their (the government’s) permission if we would like to buy equipment or decorate the church. We will have to ask for permission for any expenses more than a few thousand yuan,” a source told China Aid.

The government crackdown on churches in China in the recent years have led to demolition of about 1,700 churches and over 2,000 crosses since 2014 under the “beautification” campaign known as “Three Rectifications and One Demolition,” which the authorities say is directed against “illegal construction” in Zhejiang.