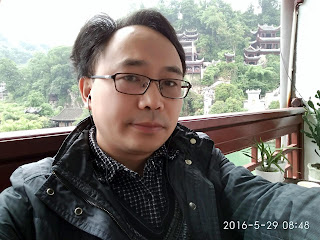 (Zhengzhou, Henan—Oct. 7, 2018) Persecution across China escalated as officials recently cracked down on churches in Henan, Guangdong, Jiangsu, and Zhejiang.

Nearly 200 government-run churches in Xuji County, Xinyang, Henan, have been shut down, leaving only three such congregations in the area. In addition, those that are not under the government’s control, termed “house churches,” are facing steep challenges.

“House churches are not allowed to get registered and hold worship services now,” an anonymous Christian said. “The government sends police to patrol every village, so local churches have to move the worship to 4:30 a.m. so that it can be over before the patrol.”

“In fact, it becomes a heavy burden to the police station,” another local Christian said.

In Pingdingshan, Henan, authorities recently sent personnel to remove the cross of a church and destroyed part of the building, echoing similar oppression occurring across the province.

Simultaneously, churches in Zhejiang province have been required to display the national flag. Church leaders responded that it is illegal for the government to require churches to hang the flag because China, on paper, upholds the separation of church and state and does not legally require them to do so.

Public servants employed by the government are also being required to fill out religious forms at work, which could cause Christians to lose their jobs.

In addition, authorities from Guiyang, Guizhou, closed Renai Reformed Church on Sunday. According to the church’s members, “Ethnic and religious affairs bureau officials came and interrupted our worship service a few times today, saying that our church is not registered and should be shut down. They also took our offering box.”

The officials also issued a notice to the church, claiming that Christian Zhang Chunlei and others established a religious venue in the Zhongtian Commerce Building, organized religious events, and received offerings without being approved. It ordered that all religious events should be canceled and that the equipment and signs should be removed. The notice requires that people should obey rules and laws by not participating in or supporting any events held by Renai Reformed Church.

Su Tianfu, the pastor of the serially persecuted Huoshi Church, said, “Multiple schools in Guiyang have asked teachers and students to sign a religious background inquiry, forcibly requesting that religious people put ‘no religion’ on the form.”

During May of last year, Su was sued on charges of intentionally divulging state secrets and received a suspended sentence. Recently, authorities adjusted their approach, asking him to verbally report once a week, report at the justice office in person every other week, and submit a written report once a month.

Another Christian from Guizhou, Huang Yanming, said, “Police from the Weiqing police station Yunyan District, Guiyang, stopped by my place, announcing that I will be isolated from society during a 7-day vacation. I have been deprived of human rights and freedom by the Guizhou police … and put in a ‘black jail.’”

Huang is referring to secretive, extralegal prisons, where many prisoners are held without trial and tortured.

Another church, located in Guangzhou, Guangdong, was raided by authorities on Sept. 30, during its Sunday service.

ChinaAid exposes abuses, such as those suffered by Chinese Christians, in order to stand in solidarity with the persecuted and promote religious freedom, human rights, and rule of law.