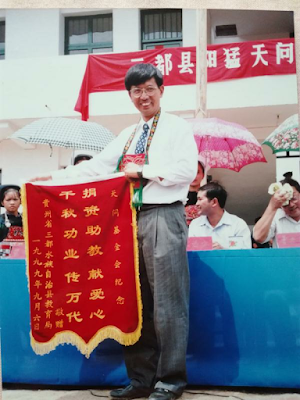 Since the second week of September, the United Wa State Army (UWSA), an armed force that has the support of China’s Communist Party, has been rounding up Christian missionaries in Wa State, Myanmar, accusing them of causing chaos. So far, more than 200 pastors and missionaries have been arbitrarily arrested, and Christian evangelical events have been restricted to religious areas. 100 Christians have since been released, but more than 100 are still behind bars, a local church, Lahu Baptist Church, verified. The church’s pastor, Dr. Ai Nayong, said the rest will be released soon.

In order to obtain freedom, the prisoners are being forced to sign a pledge that “they will pray only at home rather than at churches” due to the pressure of the UWSA. At least seven of the Christians refused to sign, so they are still in prison.

In addition, the number of churches in the area have been restricted, churches built without government approval after 1992 have been ordered demolished, and religious classes cannot be taught in schools. According to people from Lahu Baptist Church, 52 churches have already been shut down, three churches were demolished, 92 pastors have been arrested, and some Christian students were recruited into the army.

Wu Niyan, the second-in-command of a UWSA unit, said, “Evangelical events violate Wa State laws” and “Christian churches were demolished because they are unapproved structures.”

Many observers believe close ties between the Wa State and China fuel this mass persecution of Christians, as China wants to keep the religion from traveling over the Myanmar-China border.

Last year, North Carolina pastor John Cao was arrested in China’s Yunnan province and convicted of “organizing illegal border crossings” for travelling across the same border to do mission work. He was sentenced to seven years in prison in March 2018.

ChinaAid exposes abuses, such as those suffered by Christians at the hands of China’s Communist Party, in order to stand in solidarity with the persecuted and promote religious freedom, human rights, and rule of law.