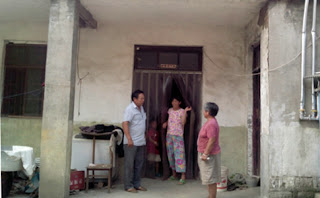 (Zhumadian, Henan—Sept. 21, 2017) Elderly Christians, incapable of traveling the long distance to a state-run church, were forced to meet illegally in their homes after officials banned their gathering place in China’s central Henan province.

Last May, authorities falsely accused a house church in a village in Zhumadian, Henan, of
“heresy” and belonging to a cult and banned gatherings after receiving repeated false reports from members of the government-run Three-Self Church. A local Christian said the officials took the church property, such as chairs, to another church, forcibly uprooting the original church and accusing it of “heresy” and following the “wrong path” for establishing private religious locations.

At first, village officials gave the church permission to gather at a patch of land, but the official church intervened and tried to get the Christians to join their congregation. Following their church’s closure, the elderly members of the church began holding services in their homes, since the nearest Three-Self Church was too far for them to travel. However, they were forbidden to use their own residences, leaving them without a church.

In February, China will put into effect a series of revisions to the Regulations on Religious Affairs, which will further tighten restrictions on house churches and grant the governing authorities more power to suppress and close them. Even though the revisions of not yet been put into full practice, Song, a pastor, told a ChinaAid reporter, “[The regulations have given officials] more excuses. They tell the believers, ‘Go read the new Regulations on Religious Affairs. You can only gather at religious sites designated by the religious affairs bureau; otherwise, you’ll break the law.’”

ChinaAid exposes abuses, such as those suffered by Christians in Henan, in order to stand in solidarity with persecuted Christians and promote religious freedom, human rights, and rule of law.