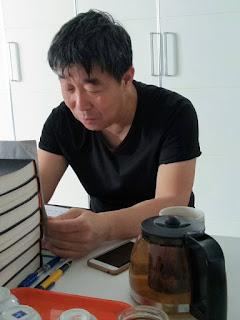 (Beijing—March 2, 2018) As China tightens security ahead of the meeting of their upcoming meetings of the Chinese People’s Political Consultative Conference (CPPCC) and the National People’s Congress (NPC), Christians have become a target, being put under surveillance or house arrest by local authorities.

Since the commencement of the security efforts on Tuesday, some “important people” have been monitored or put under house arrest, according to Xu Yonghai, an elder at a commonly harassed Beijing church, Holy Love Fellowship. Xu said that he was having lunch with attendees of the church met for lunch in a restaurant near Beijing Normal University on Feb. 26, and one of the Christians, Ye Guoqiang, arrived escorted by a police officer and two other officials.

The authorities ate downstairs, while the Christians went to a private room on the upper floor to eat. At around 12:30 p.m., some people dressed in street clothes entered the room and told the Christians that they were police from Jiangsu province, and that they wanted to take Christians Jiang Zhangchuan and Ma Yuchen, both of whom are from Jiangsu.

Xu demanded that the officers show ID and warrants, and soon, the Haidian District police arrived, claiming someone had called the emergency number. Ma and Jiang were eventually taken back to Jiangsu, and Ma was sent to Zhenjiang, whereas Jiang was detained in a police station and has not yet been released.

In Chengdu, Sichuan, many members of the repeatedly persecuted Early Rain Covenant Church have been closely monitored by the authorities in preparation for the meetings of the CPPCC and NPC as well. Officials installed surveillance cameras at the entrances to some homes, and some of the church’s attendees were seized. It is uncertain whether or not they will be placed under criminal or administrative detention.

One of the church members, Tan Zuoren, has had officers stop by his home every day to “greet” him.