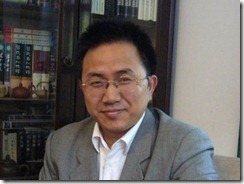 
(Midland, Texas–Dec. 25, 2010) On Christmas Eve and Christmas day in America, families all across the country go to church to celebrate the birth of Jesus Christ, pray with friends and loved ones around tables laden with a Christmas feast, and maybe even read the Christmas story from the Bible.
This happens against a backdrop that many Christians find increasingly alarming: America’s growing multiculturalism means that the familiar Judeo-Christian credos are no longer the generally accepted or acknowledged norm. The greeting “Happy Holidays” is now considered to be more acceptable than “Merry Christmas.” Nativity scenes in many communities are illegal. The Ten Commandments cannot be displayed in many public or government buildings.


Many American Christians who have traveled in recent years to China during the holiday season have commented on the fact that they saw more musical groups performing Christmas hymns in public in China’s big cities than is now common in America, where the public space for overtly Christian activities grows ever smaller. This has even led some to comment that there is less of a church-state divide in China and that activities and conversations that would get a person in trouble in America take place without incident in China.


Without question, urban Chinese, especially the younger generation, have latched onto the Christmas holiday with great eagerness, and if one were to judge by the Christmas decorations and department store sales promotions, it would seem to be a holiday rivaling the traditional Chinese festivities in importance. Though few Chinese really understand what Christmas is about and though many undoubtedly are attracted by the heady consumer spending it encourages, it is also the case that going to a Christmas church service is a popular Christmas activity for many in urban China.


So, it might appear that China is embracing Christmas even as America is trying to distance itself from it.


But “the more things change, the more they stay the same.” And if any reminder were needed that that’s true of China – it’s incredible economic growth and social transformation of the past two to three decades notwithstanding – one needs only consider the recent plight of one of China’s leading legal scholars and most active human rights lawyers, Dr. Fan Yafeng.


Dr. Fan, who holds a doctorate from the Chinese Academy of Social Sciences in comparative constitutional law and is one of China’s leading advocates of constitutional democracy, was a senior researcher at the CASS Institute of Law until November 2009, when he was fired for unspecified “political reasons”. The reasons were clear enough though. He had become one of China’s foremost human rights lawyers, involved in providing legal defense for a series of high-profile cases and increasingly active in the defense of persecuted Christians. He was also teaching house church leaders to use the law to protect themselves against government bullying and providing incisive legal commentary to the media. And he joined 303 signatories to Charter 08, the document written by 2010 Nobel Peace Prize laureate Liu Xiaobo calling for democracy and a constitutional government.


Dr. Fan, who was born in 1969, also founded the group Christian Human Rights Lawyers of China (which includes a few non-Christian lawyers), which has provided legal defense for hundreds of cases of religious freedom violations around the country, not just for Christians but also for believers of other religions, as well as for victims of a variety of other injustices at the hands of the government, including land evictions.
In a September 2006 interview with Christianity Today, Dr. Fan was quoted as saying, “We are seeing the intersection of law and religion in China. More and more Chinese public intellectuals say that only Christianity can provide a solid foundation for the rule of law in China.”
Dr. Fan’s activities attracted the attention of the Chinese authorities as well as religious freedom advocates overseas. In 2005, Newsweek magazine named him “Person of the Year in Asia.” Last year, he was awarded the 2009 John Leland Religious Liberty Award by the Ethics and Religious Liberty Commission of the Southern Baptist Convention.
His reward in China, though, has been altogether different. Since late fall, he has been under increasing government scrutiny that started with harassment of people attending services at his Shengshan (Holy Mountain) Church and searching the premises of his Shengshan (Holy Mountain) Culture Research Institute. On Nov. 1, authorities started enforcing a house arrest order, and Dr. Fan and his wife were also taken into police custody several times for questioning. On one occasion, even their three-year-old son was dragged to the police station for a late-night interrogation session.


On Dec. 9, police again took Dr. Fan into custody. His wife was told that he would be released in four days, but it was not until nine days later that he was returned home. In the interim, police ransacked his home and research institute, confiscated more than 100 items from both places, including computers and other electronics, and subjected his wife to an eight-hour interrogation session that did not end until nearly dawn the next morning. They grilled her about the research institute and the church’s finances and publishing and printing activities. These all suggest that the authorities are preparing to criminally prosecute Dr. Fan.


In the week since his release, more worrying details about Dr. Fan’s situation have come to light. Not only have the authorities imposed restrictions that make normal life an impossibility for Dr. Fan and his family – they are allowed no Internet access; all phone lines have been cut except for one cell-phone, which is tapped; no visitors are allowed, not even Fan’s mother who lives in one of the couple’s two apartments; they are permitted no freedom of movement; and police are posted round-the-clock outside their home – it has now become clear that Dr. Fan has been labeled an “enemy” by the government, earning him a place alongside Liu Xiaobo, the leaders of the 1989 Tiananmen Square pro-democracy movement, fellow Christian human rights lawyer Gao Zhisheng, Falungong practitioners and others who have been subjected to the worst of the Chinese government’s persecution.


The fate of others who have been labeled “enemy” has included heavy prison terms (Liu, 11-year jail sentence, and many Tiananmen Square protest leaders); imprisonment and beatings while in incarceration that in some cases have resulted in death (many Falungong practitioners); disappearance into police custody (Gao Zhisheng); and harsh house arrest conditions (blind human rights legal activist Chen Guangcheng).


Lawyer Teng Biao, who was apprehended while trying to visit Dr. Fan’s mother on Dec. 23, was told by police that because Dr. Fan is an “enemy” the authorities can take a no-holds-barred approach in dealing with him and are not required to abide by any legalities. The same applies to how Dr. Fan’s friends would be dealt with, the same police officer said threateningly.


The outlook for Dr. Fan is grim.
As the Christmas season draws to a close in America, we at ChinaAid urge our freedom-loving friends and supporters to remember Dr. Fan, his wife Wu Lingling and their three-year-old little boy, prisoners in their own home in Beijing as they too celebrated Christmas. Though they celebrated the same birth of the same Savior as Christians in America, their holiday was an altogether different one. And although China has adopted many outward trappings of American affluence and lifestyle, to the extent that some visitors are fooled into thinking that China is becoming like America, the reality is that Chinese singers who have no idea whose birth they are singing about in “O Little Town of Bethlehem” or “O Holy Night” can present touching renditions of these well-loved carols in any four- or five-star hotel in Beijing or Shanghai, but Christians who do know the baby Jesus cannot gather for a Christmas service except at a government church without risk of being raided, cannot have more than a handful of people to their home to celebrate Christmas or it becomes an illegal gathering, and cannot follow Jesus’ example to champion the poor, the weak, and the oppressed without paying a heavy price.