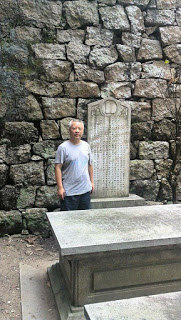 (Guiyang, Guizhou–March 30, 2021) Elder Zhang Chunlei of Guiyang Ren’ai Reformed Church completed his administrative detention on March 28 and was to be released, but he didn’t get his freedom and was instead transferred to a criminal detention. The reason and duration of the detention is unknown.

Elder Zhang’s wife, Yang Aiqing, went to the detention center two days ago in the morning to pick him up, but she was told that her husband had been transferred to somewhere else the previous night. Mrs. Yang was told yesterday that her husband is currently being held in criminal detention.
On March 16, police intruded into a hotel room in Wenzhou where several members of Guiyang Ren’ai Reformed Church and several visiting Christians from another city were studying the Bible together. The officials accused them of ‘illegal assembly’, checked everyone’s ID and cell phone, and took notes of the entire interrogation. Most of the Christians were taken to the police station on Yan’an Road.
Elder Zhang Chunlei was taken to the police station around 5 p.m. During his interrogation, he was pushed to the ground and then detained. Personnel of the police station raided his home the next day and confiscated his computer, cell phone, and other valuable possessions. They gave a verbal notice to his wife Yang Aiqing that he will receive a 14-day administrative detention. Later, they said her husband will be detained for 11 days. Another three Christians from Ren’ai Reformed Church, Chen Jianguo, Li Jinzhi and Li Lin, received 3-day administrative detention.
In recent years, Guiyang has become a pilot city for a crackdown on Christian house churches. In January 2017, Pastor Yang Hua of Guiyang Huoshi Church was accused of “divulging state secrets” and was sentenced to two years and six months in prison. Pastor Yang Hua’s wife, Wang Hongwu, said that his faith remains very strong despite the persecution. Elder Zhang Chunlei has also mentioned before that he is willing to pay a price for his faith.