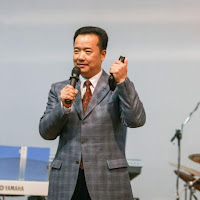 Reported in Chinese by Qiao Nong. Translated by Carolyn Song. Written in English by Brynne Lawrence.

(Hangzhou, Zhejiang—Feb. 1, 2016) Authorities in China’s coastal Zhejiang province charged the chairman of the provincial China Christian Council (CCC) with embezzlement and re-assigned all of the ministerial leadership under him to different churches following his dismissal from his position of senior pastor China’s largest government-approved church, China Aid learned on Saturday.

Authorities charged Pastor Gu “Joseph” Yuese, who was the senior pastor of Chongyi Church, with “embezzling 10 million Yuan (U.S. $1.6 million) in funds.” Church members reported that his arrest was unexpected, and a coalition of 1,342 church leaders in Hong Kong signed a petition for his release.

On Thursday, China Aid learned that police took Gu into their custody and placed him under “residential surveillance in a designated location,” commonly known as a “black jail.” Authorities also detained Gu’s wife, Pastor Zhou Lianmei, for a day and warned her not to leave the country.

Gu was removed from his position on Jan. 18 after speaking out against the cross demolition campaign sweeping across Zhejiang. In a notice addressed to “municipal churches,” the Three-Self Patriotic Movement (TSPM) and the CCC announced that Zhang Zhongcheng, current vice-president and temporary secretary general of the TSPM, would replace him.

Shortly after this notice was issued, Gu and Zhou released a message to their church congregation indicating their intent to continue serving at Chongyi Church in a different capacity. With the overturn in church leadership, however, authorities ordered all of the ministerial staff, including Zhou, to relocate to different churches.

“A provincial level CCC chairman was so simplistically removed by force from his position of senior pastor,” said Dr. Chen Yilu, the president of China’s largest seminary, Nanjing Union Theological Seminary. “What kind of church system does our Chinese church have? Does the Chinese church really have ‘self,’ and what is the destiny of the ‘[TSPM and CCC]?” [Editor’s note: “Self” refers to the three characteristics of TSPM churches: self-governance, self-support and self-propagation.]

A translation of the petition from Hong Kong church leaders can be read in full below.

(People in Hong Kong and around the world are welcome to sign)
We are a group of Christians from Hong Kong who are concerned about the development of the Chinese church, and we are deeply shocked by the news that the chairman of Zhejiang province’s China Christian Council, Pastor Gu “Joseph” Yuese, has been dismissed as the senior pastor of Hangzhou’s Chongyi Church and investigated on suspicion of embezzling funds. We would like to make the following statement to express concern and worry about the incident:
We believe that this is not an isolated incident but rather is closely related to the rigorous, forced cross demolition movement in Zhejiang province, [which has been happening] since 2014. As a senior pastor and president of the provincial China Christian Council, which was founded on maintaining the dignity of the faith and the church’s basic rights, Pastor Gu “Joseph” Yuese used different means to report the serious damage of the state-church relationship caused by cross demolitions to the authorities. This is entirely proper conduct of a church leader, [since it] aims to resolve conflicts, ease hostility and restore healthy church-state relations. Now, he has been unreasonably treated for expressing different views regarding the cross demolitions. We are deeply disturbed and angry.
According to news from the [Three-Self Patriotic Movement (TSPM) and the China Christian Council (CCC)] in Hangzhou and the Zhejiang Provincial TSPM and CCC, the authorities put Pastor Gu under criminal investigation on suspicion of “embezzling funds,” as stipulated by the Criminal Law of the People’s Republic of China: Any employee of a company, enterprise or any other unit who, taking advantage of his position, misappropriates the funds of his own unit for personal use or for loaning them to another person [shall be charged with embezzlement]… (Article 272). We call on the authorities to dispel the misgivings of the public and Christians early on and push for fair judicial proceedings in order to protect Pastor Gu and his lawyer’s fundamental rights, thereby clarifying everything concerning [the government’s] conduct and responsibility. As far as we know, after [Chongyi Church] issued an open letter opposing cross demolitions on July 10, 2015, the authorities immediately took a comprehensive review of Chongyi Church’s [financial] accounts. This makes it difficult to extricate them from the criminal charge of framing someone and suppressing dissidents [by] accusing them of crimes. We are strongly dissatisfied with the authorities, since they attempted to cover up the real problem by framing [Gu Yuese] with an economic crime, thereby diverting attention and avoiding the discussion of all kinds of misconduct and illegal behavior [carried out by] public authorities during the cross demolitions. Public authorities never face their illegal conduct of demolishing crosses; rather, in return, law enforcement fights against church personnel who object to the cross demolitions. This unjust law enforcement should be faced and highlighted.
We reiterate that the cross demolition movement, which came to Zhejiang province in 2014, has already seriously hurt the relationship between religious people and the government. The unreasonable regulations authorities issued for crosses, which are religious symbols, violate the freedom of religious expression. At the same time, dismantling the cross in the name of [it being an] illegal structure not only damaged the central government’s commitment to rule of law but also seriously affected the image of a country established in religious freedom. It is a severe violation of [a religious group’s] non-governmental features and autonomy for the religious groups in the province to have to declare their support of the demolitions, and [it] is contrary to the policy of “well-managed churches,” [which has been in place] since the implementation of reform and opening. We urge authorities to mind the country’s overall interests, cherish the hard-won situation of religious harmony and avoid the politicized thinking of replacing unity with conflict. This will bring terribly negative consequences to church-state relations and China’s international image.
We call on people in Hong Kong and around the world who are concerned about the churches in China to sign [this document] together and, in various ways, express their care and concern regarding Gu’s incident to the Chinese authorities, urging them to properly solve the problem.
In this difficult time, let us offer our prayers with one heart and one mind. May the Lord hold Pastor Gu “Joseph” Yuese and his wife and hold and strengthen the churches in Hangzhou, Zhejiang and China.