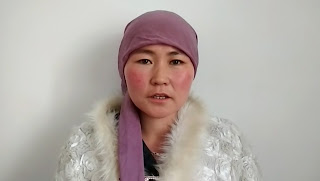 Omerjan Hesen and Elijan Ahmet were given 11-year sentences for supposedly watching an English documentary about the 1989 Tiananmen Square Massacre. However, it is more likely that they received sentences because of their distaste for new ideological crackdown policies against the Uyghur people set forth by XUAR Communist Party Secretary Chen Quanguo.

The XUAR government has sent many Uyghurs to prison and re-education camps, notwithstanding previous loyalty to the Communist Party, age, or severity of crimes charged. Reports have also suggested that those who do not reach the number needed for their quota of imprisoned Uyghurs will likely go to prison or a re-education camp as well.

A Norwegian based political observer named Zumuret noted that since the jailing of Hesen and Ahmet, regular citizens are afraid because the jailing was of two of their own. Additionally, with a high level of suspicion against anyone considered a threat to the Communist Party, including those within, anyone could disappear at any moment.

The central government has not publicly acknowledged the existence of XUAR re-education camps, and estimates from Human Rights Watch put the number of camp detainees around 800,000, whereas a Uyghur exile group puts the number at 1 million.

ChinaAid exposes illegal imprisonments like that of Omerjan Hesen and Elijan Ahmet in order to promote religious freedom, human rights and the rule of law.