CNN: Christian pastor – once sentenced to death in Iran – is released, group says 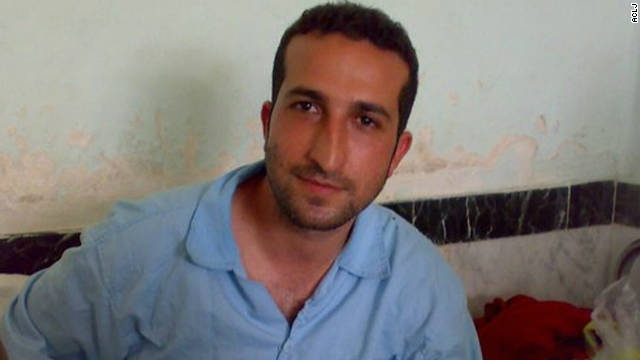 (CNN) – A Christian pastor sentenced to death in Iran for apostasy was reunited with his family Saturday after a trial court acquitted him, said a nonprofit group monitoring the case.

Pastor Youcef Nadarkhani, born to Muslim parents and a convert to Christianity by age 19, was released after being held in prison for almost three years under a death sentence, said Tiffany Barrans, international legal director of the American Center for Law and Justice.

Setting aside the death sentence, a trial court convicted Nadarkhani of a lesser charge – evangelizing Muslims – and declared that his prison sentence had already been served, Barrans said.

His case drew international attention after his October 2009 arrest, and the 34-year-old pastor refused to recant his Christian beliefs.

Nadarkhani was greeted by his wife and two small sons upon his release, but it’s unclear whether the pastor will continue preaching, said the center, a conservative organization founded by television evangelist Pat Robertson.

“His ability to preach in Iran, I don’t know,” Barrans told CNN. “But I think at this point, he’s going to have to some time to assess the situation and all the emotions wrapped up in that before he makes any decision.”

Persecution of religious minorities in the Muslim country remains a problem, Barrans said. Hundreds of Christians are arrested, detained for months and then released without formal charges “as an intimidation tactic,” she said.

As an ordained minister, Nadarkhani led a network of house churches in Iran.
He was arrested in 2009 after he lodged a protest with local education officials after learning his child was being forced to read from the Quran, the Muslim holy book, in school.

He was charged with apostasy and convicted in a provincial court – which sentenced him to death.

He appealed, and during a trial in a lower court, refused to recant his beliefs.

The case made its way to the Supreme Court, which said Nadarkhani’s sentence could be overturned if he recanted. The pastor refused.

On Saturday, he was released by a trial court in the Gilan Province, Barrans said. The pastor had been held in Lakan prison in the same province, she said. Nadarkhani is from the province’s city of Rasht.

Even though the constitution of Iran – a predominantly Shiite Muslim country – guarantees equality to members of religious minorities, that has not been the case in practice.

And while apostasy is not an offense codified in Iranian law, converts from Islam often face the death penalty, Amnesty International said.

Persecution has increased since Iran’s disputed presidential election in 2009, with Baha’is, Christian converts and even Sunni Muslims bearing the brunt.

In April 2010, the U.S. Commission on International Religious Freedom reported a rise in church raids and harassment of worshippers by Iranian authorities.

And Amnesty International, in a report released earlier this year, said “repeated calls by the Supreme Leader and other authorities to combat “false beliefs” – apparently an allusion to evangelical Christianity, Baha’ism and Sufism – appear to have led to an increase in religious persecution.”

In February, the White House issued a pointed statement in the Nadarkhani case, strongly condemning the reports of an execution order.

“This action is yet another shocking breach of Iran’s international obligations, its own constitution, and stated religious values,” the statement said. “The United States stands in solidarity with Pastor Nadarkhani, his family, and all those who seek to practice their religion without fear of persecution – a fundamental and universal human right. ”

The Voice of the Martyrs, an organization that monitors and attempts to assist with persecuted and minority churches around the world, has closely followed Nadarkhani’s case and other developments involving Christians in Iran.

But the issue has not been solely spearheaded by Christian groups; Muslim organizations have also been vocal about condemning Iran.

The American Center for Law and Justice – a group “specifically dedicated to the ideal that religious freedom and freedom of speech are inalienable, God-given rights” – was asked by the pastor’s lawyers last year to help publicize Nadarkhani’s case, according to Jodran Sekulow, executive director of the group.

The group says the campaign has been reaching more than 2.5 million Twitter accounts in 234 countries and territories around the globe each day.

In March, the U.S. House of Representatives passed on a 417-1 vote a resolution condemning Iran for imprisoning Nadarkhani, while calling for his immediate release.
In a letter posted May 30 on Voice of the Martyrs website, Nadarkhani seemed a bit taken aback by all the attention his case was garnering and by those using it for political purposes.

“I want to appreciate all those (who) are trying to reach this goal,” he said. “At the end I hope my freedom will be prepared as soon as possible …”

CNN’s Dan Merica and Ed Payne contributed to this report.