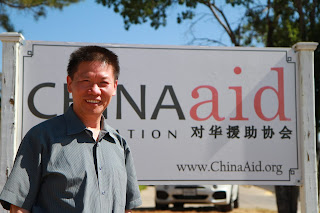 During the conversation, Fu also references other persecution cases occurring around China, including the suppression of Xinjiang’s Muslim minorities and Chinese President Xi Jinping’s ongoing attempts to force Communist Party propaganda into churches, alluding to the fact that the arrest of these Christians is symptomatic of a larger campaign against religion.

This campaign, formally known as “Sinicization,” aims to mold religious teachings to the ideology of the government, and those who do not comply with the methods used to do this, which include forcing Christians to sing patriotic songs during their worship services, risk imprisonment.

In the case of Early Rain Covenant Church, around 160 people have been taken into police custody since Dec. 9, and several of them, including the church’s pastor, Wang Yi, are facing criminal charges.

The full interview can be viewed here.