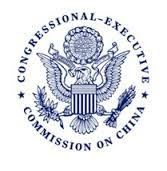 Congressional-Executive Commission on China: China in 1989 and 2015: Tiananmen, Human Rights, and Democracy

This CECC hearing will examine Chinese authorities’ treatment of democracy, human rights, and anticorruption advocates in 1989 and 2015, and ask if China under Xi Jinping has made progress toward respecting the universal freedoms of speech, assembly, and association—the very principles which animated the 1989 Tiananmen protests 26 years ago. It will also explore the continuing efforts of individuals in the Tiananmen and subsequent generations to further these ideals and to secure those universal freedoms. China has yet to take steps toward initiating a public accounting and ending censorship of the 1989 Tiananmen protests and their violent suppression, leading to doubts regarding Chinese leaders’ statements about improving accountability and transparency. In addition, witnesses will offer their assessments of China’s political future and its roles in the world, and provide recommendations to strengthen U.S.-China relations.

The hearing will be webcast live.

Ho Pin, President and CEO Mirror Media Group, co-author of A Death in the Lucky Holiday Hotel: Murder, Money, and an Epic Power Struggle in China