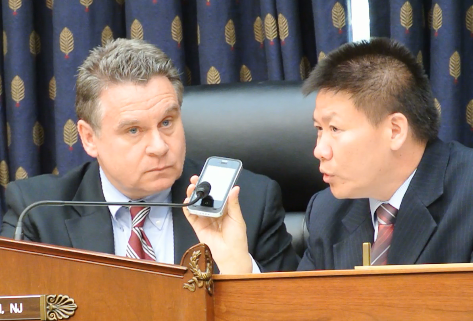 Congressional hearing, ‘Is Academic Freedom Threatened by China’s Influence on U.S. Universities?’, to be held on Dec. 4

According to a press release from Smith’s office, speakers include Dr. Perry Link, from the University of California, Riverside, Thomas Cushman, of Wellesley College, and Xia Yeliang, a visiting fellow at the Cato Institute.

“The Chinese educational market is a lucrative one, but we have to ask if there are any hidden costs for American schools and colleges seeking access to that market,” said Smith, who serves as the chairman of the House Subcommittee on Africa, Global Health, Global Human Rights and International Organizations.

“By rushing to build campuses in China and signing agreements to have Chinese government entities on American campuses, are universities and schools accepting restrictions on foundational principles of American higher education? The American university model is the world’s best and they should be ambassadors for freedom and democracy globally,” Smith said.

China Aid founder and President Bob Fu has been involved in many hearings concerning China led by Smith.

For more information on the hearing or to watch the live webcast, visit http://foreignaffairs.house.gov/hearing/subcommittee-hearing-academic-freedom-threatened-chinas-influence-us-universities.